This is one of a set of four chairs that I recently got to restore.  Three of them were ok but this one had some serious-looking something going on in the back. 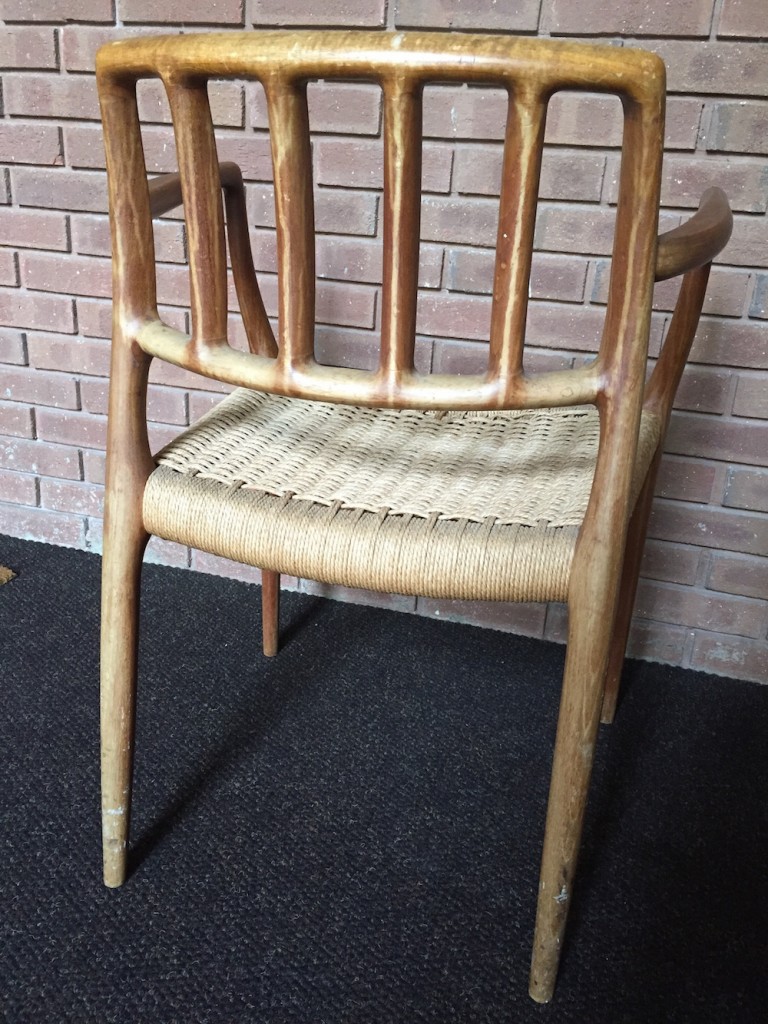 It looked like someone had poured some kind of solvent over the back—something that immediately broke down the oil finish and left the wood bare and dry.  I thought at first that the wood was actually bleached and that color in the form of a wood stain, or something, would have to be applied in order for it to look like teak again and not driftwood! 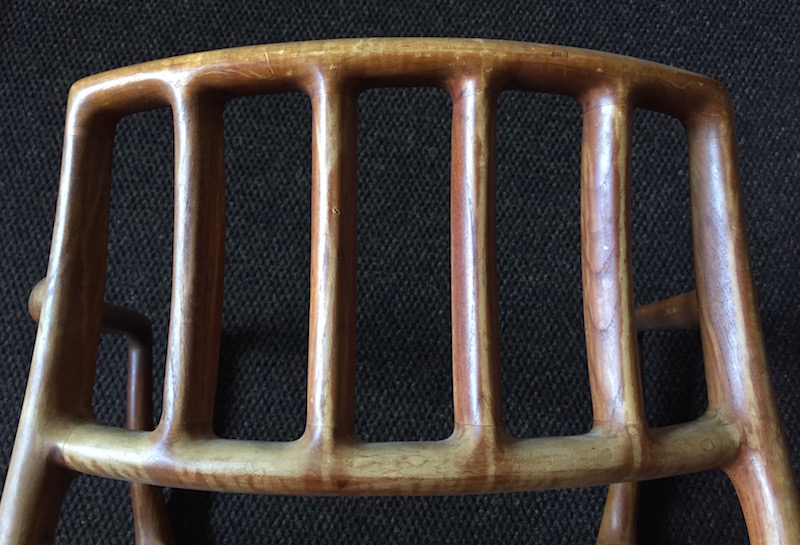 You can see the well-defined drip marks in the underside of the lower back on the left.  Alcohol and acetone will do this but who knows what really happened.  It was strange. 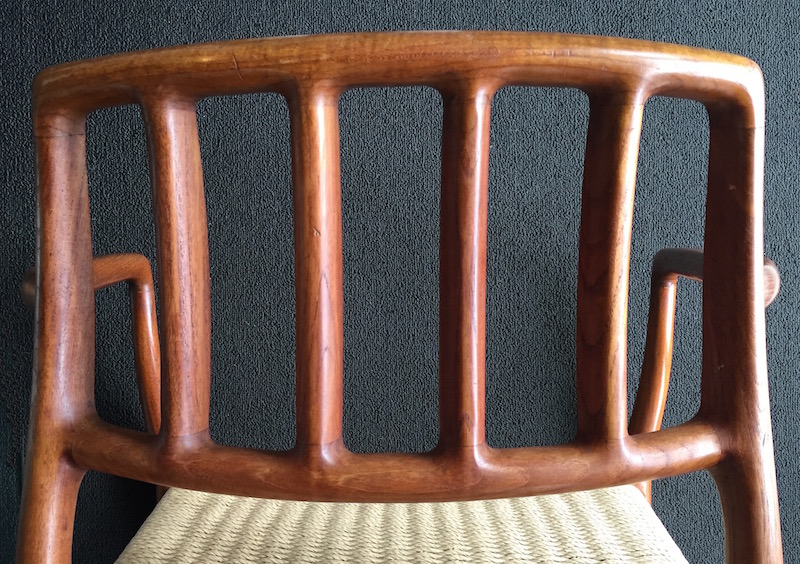 Yes, this is the same chair!  And all it took to get it to look like this was oil and #0000 steel wool!  The wood wasn’t bleached, or at least not much.  It was mostly just really, really dry.  I did have to oil it a few times over the course of a week or two. 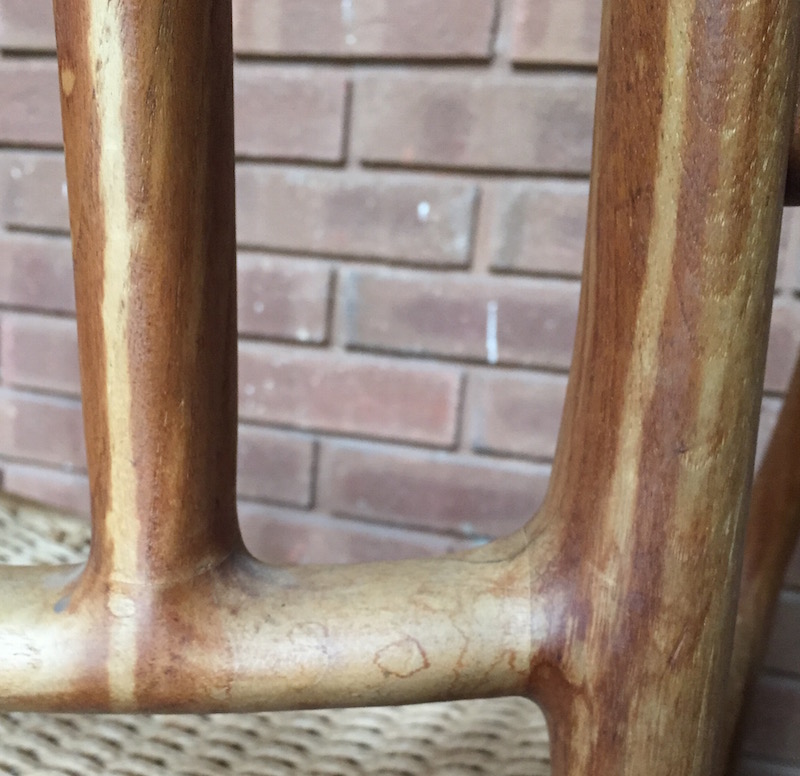 Extreme close-up.  The other odd thing was that some of the light areas were really well-defined but others look more like the color had worn off where the chair had been handled a lot—which of course wasn’t the case because that’s not how it works with teak.  I’d never seen anything like it. 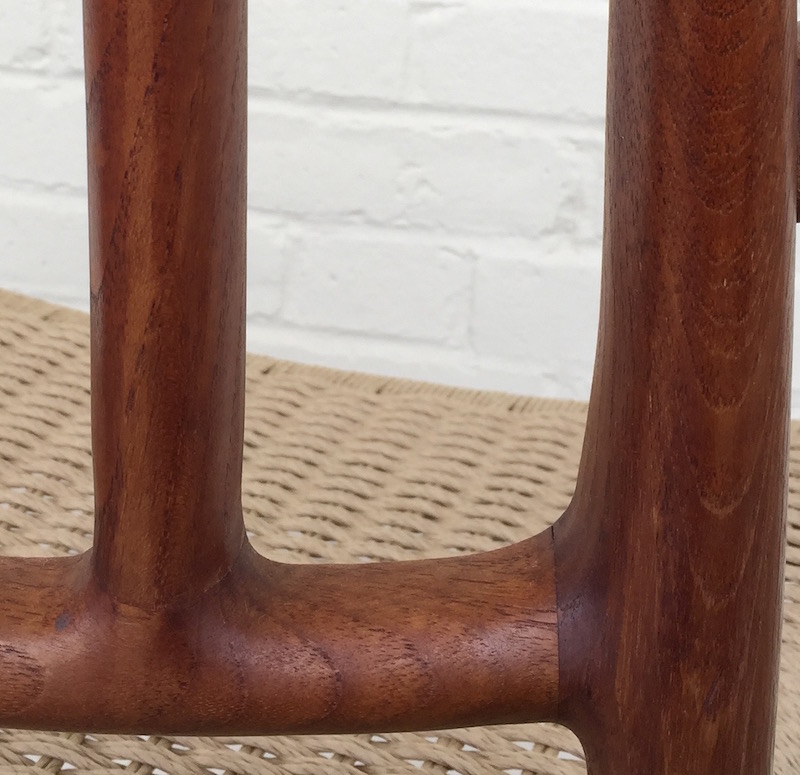 Some of it refused to disappear completely but it was pretty close. 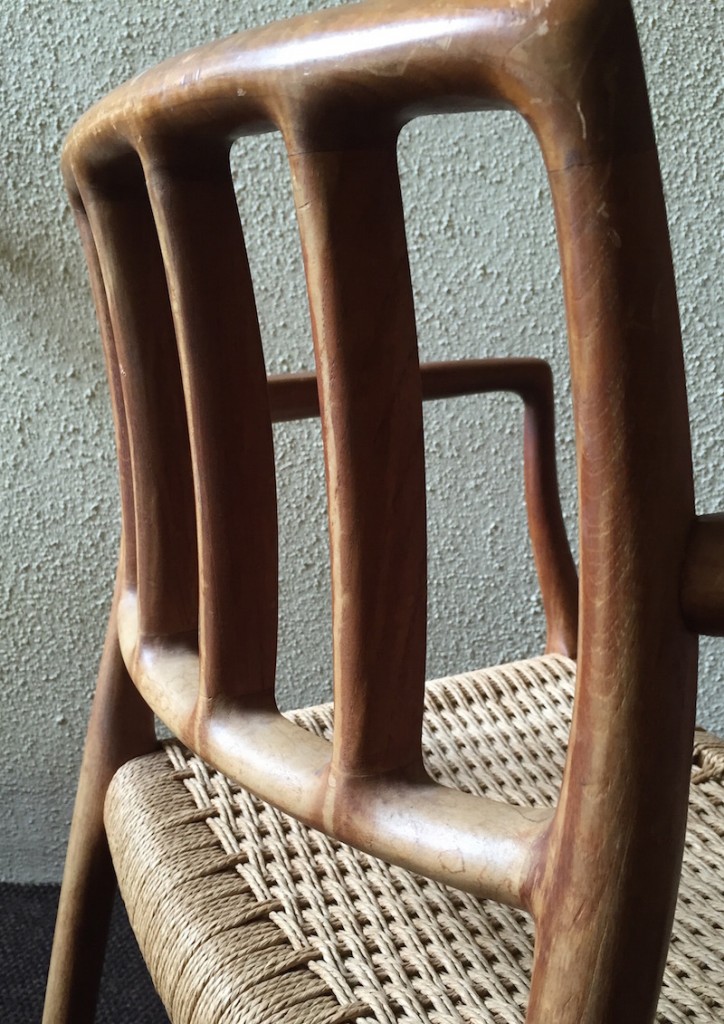 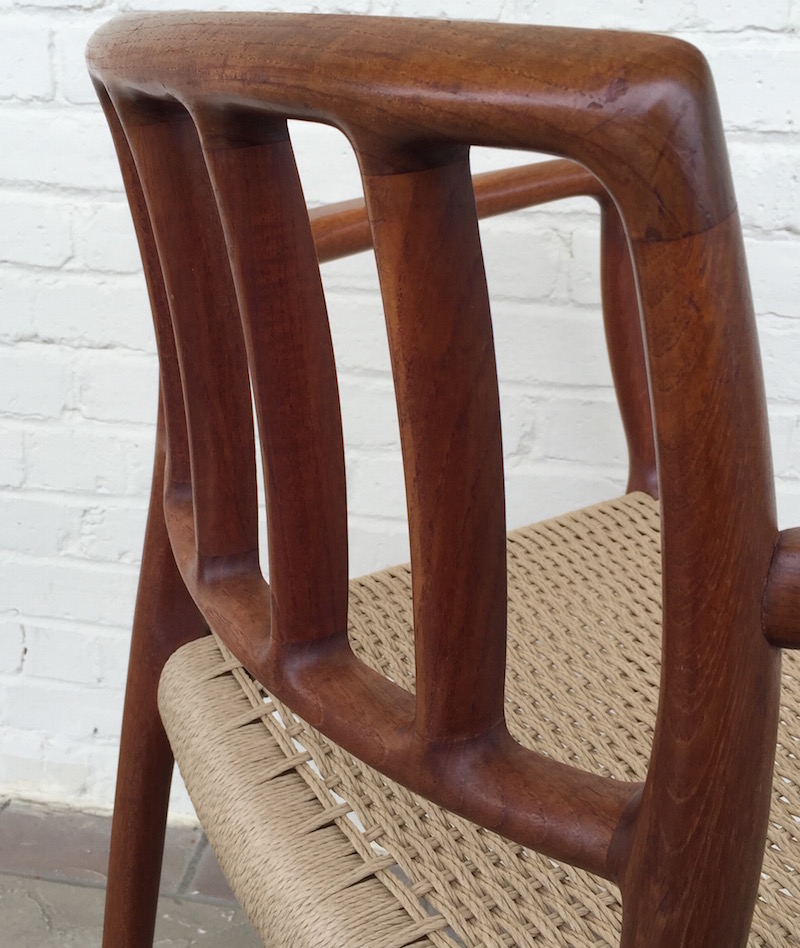 The other thing is that the teak went from having a very yellowish cast to this gorgeous, deep aged teak color.  That was a huge relief too, since the other three were already close to this when I got them.

Oh yeah, and I rewove the seats on all four. 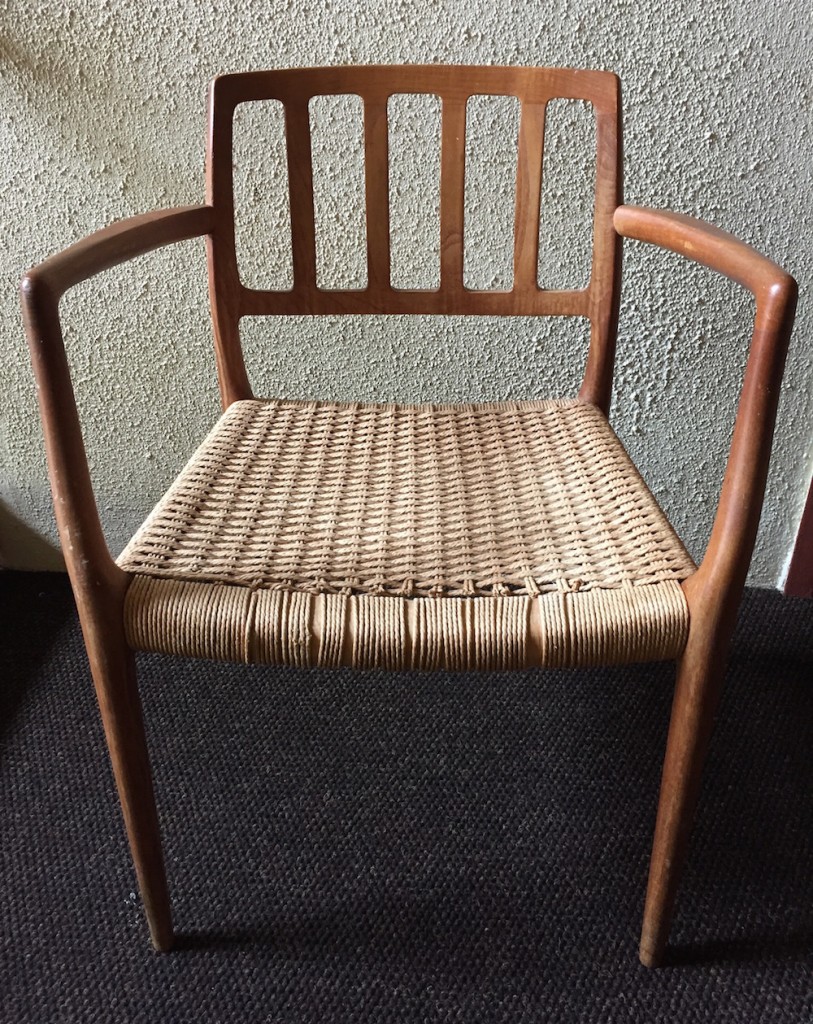 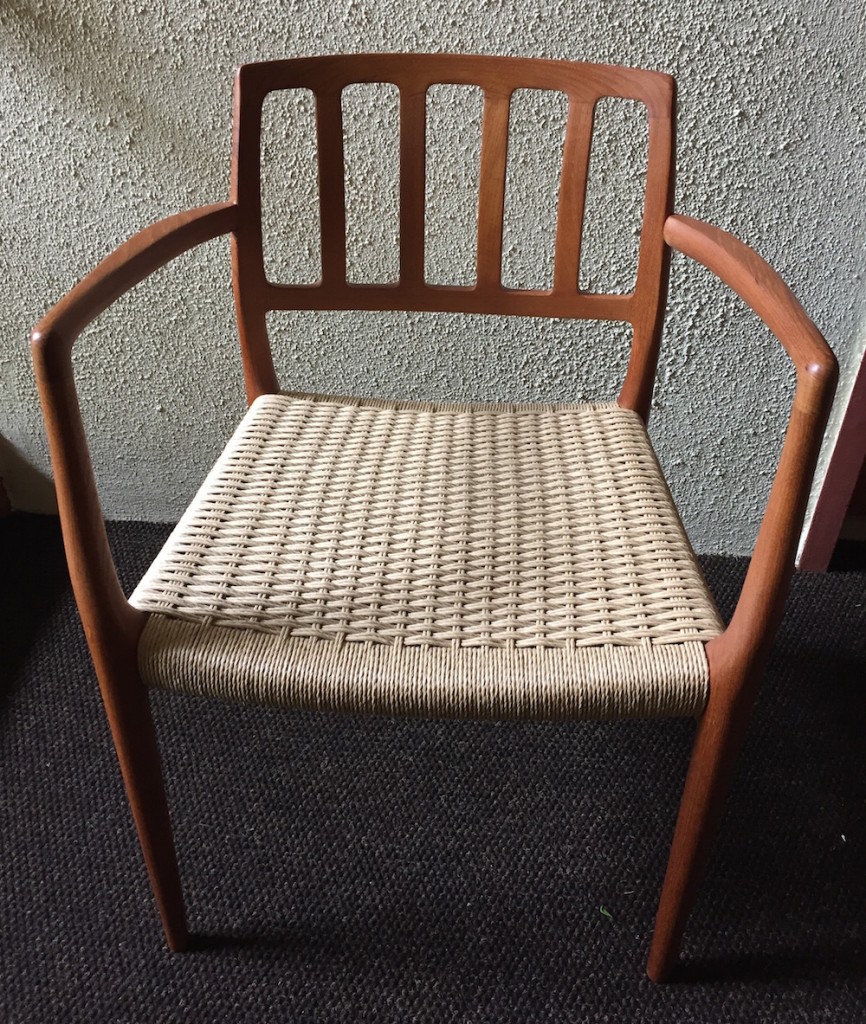 (that’s actually not the same chair but the seats all look the same!)