I was recently asked to redo the seats and clean up the frames on a set of four Hans Wegner CH23 chairs plus an extra that the owner had gotten from somewhere else.  The seats on the set of four had long ago been replaced with black vinyl and the new owner wanted them redone with paper cord. 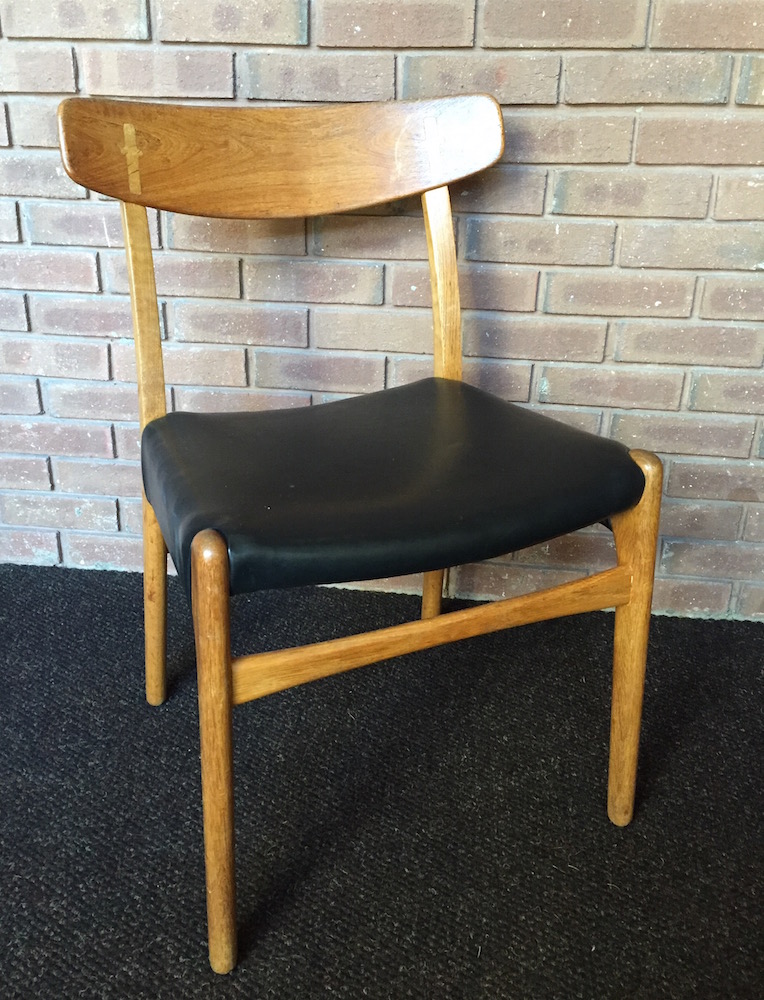 The set of four were also lighter in color than the fifth chair and after trying to oil the first one, I figured out why—someone had added a thin coat of varnish to them!  It was done long ago, I’m guessing by the same person who put the vinyl on the seats, and it was definitely not original because there were drips here and there.  The original owner at the time had his reasons, I’m sure, but the varnish was unevenly worn.  It also was why they were lighter in color—almost blond.

I tried to convince myself that the chairs would look good enough when simply cleaned up…but they didn’t.  So I ended up stripping the varnish off with methylene chloride stripper.  I don’t normally do refinishing to that degree but this job’s timeline didn’t allow for an extra couple of weeks at a refinisher’s.  Fortunately, the varnish came off easily.

It also left the wood very, very dry, but I expected that.  A few coats of oil and it looked beautiful again. 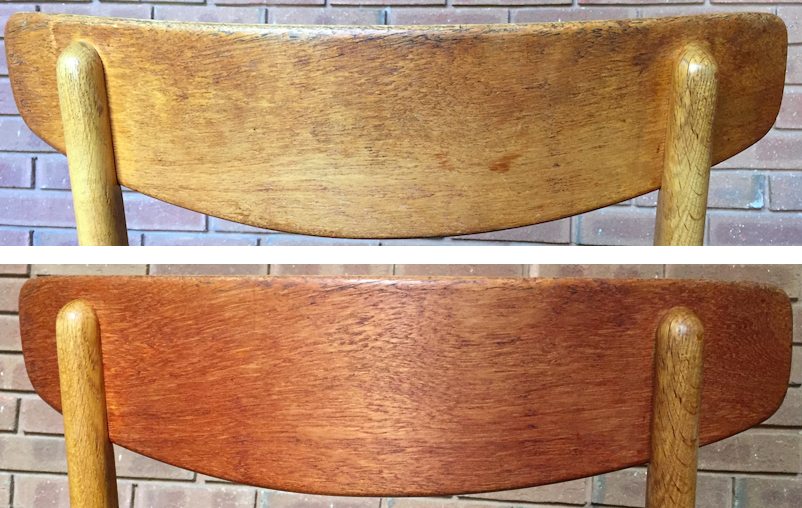 This dramatic before & after is the same chair!  You can see how the varnish kept teak a much lighter color.  The finished set of four and the fifth chair all matched perfectly in the end.  I had to look at the grain patterns to tell which was which. 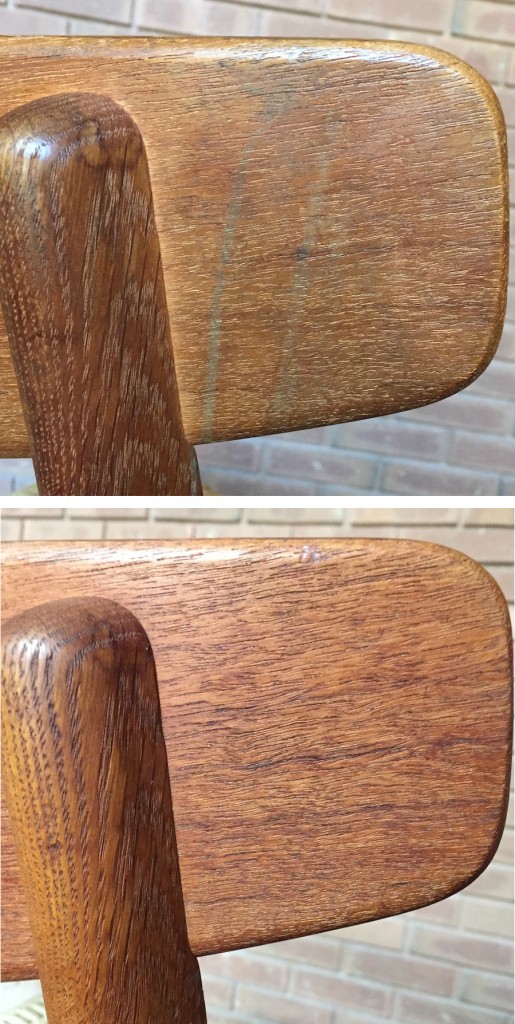 I think this was the one that hadn’t been varnished.  Those odd drip stains on the back came out pretty easily with #0000 steel wool and Star-brite teak oil. 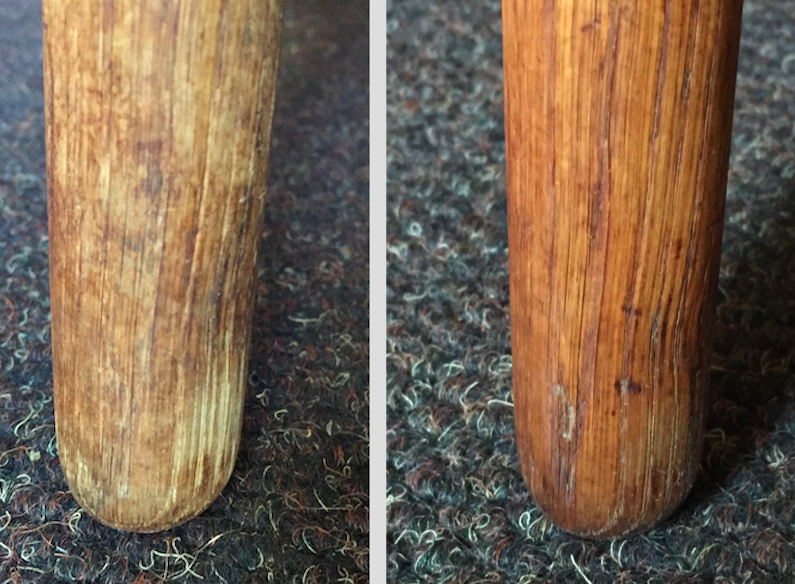 The ends of the legs looked like they’d had some water damage but oil and steel wool took care of that.  The wood still has the patina of age, which is desirable for chairs like these. 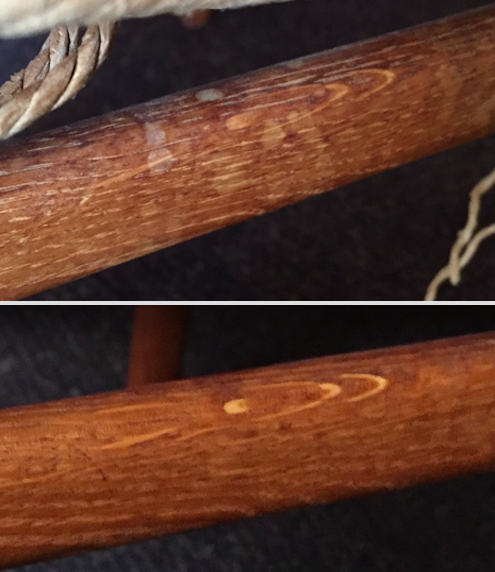 Water spots like the ones in the top photo come out with just gentle scrubbing with steel wool and oil.

Finally it was time to move on to the weaving! 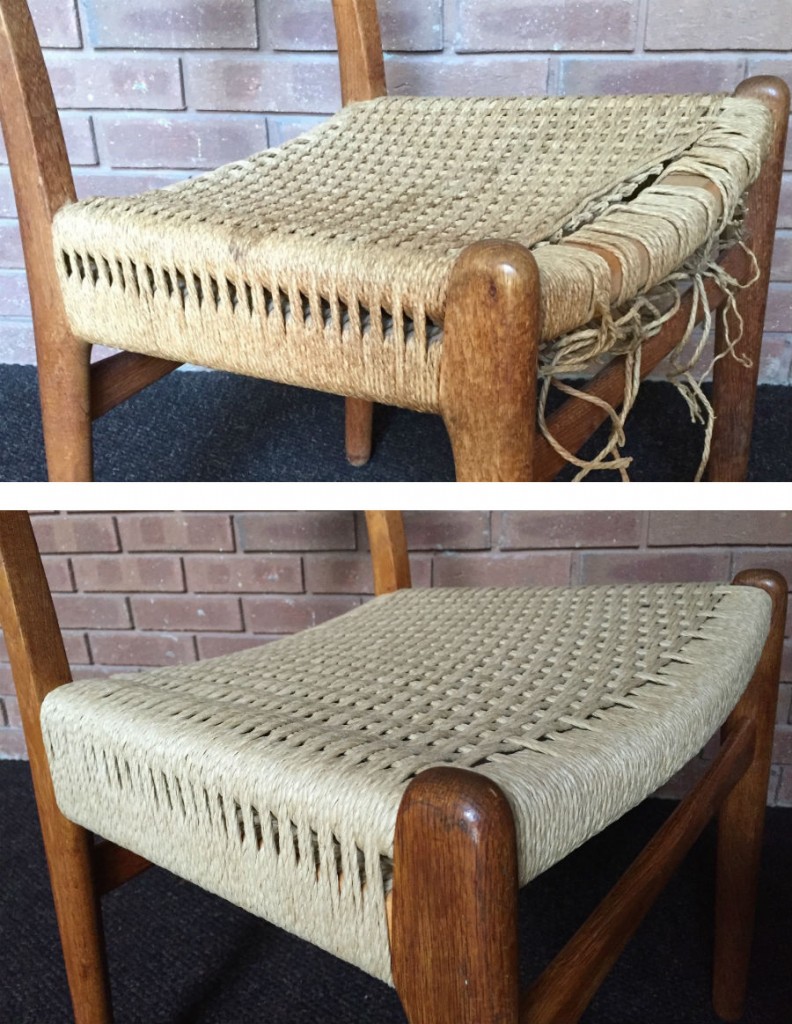 This weave takes longer because you have to pull the cord all way through each time instead of just hooking a loop of cord onto an L-nail—also means working with cut lengths instead of pulling it off the coil as you go.  But it’s such a handsome pattern!

I do as tight a weave as possible so that there is minimal movement of the strands when the chair is sat upon.  It seems to me that the less room the strands move against each other and against the frame, the longer they will last. 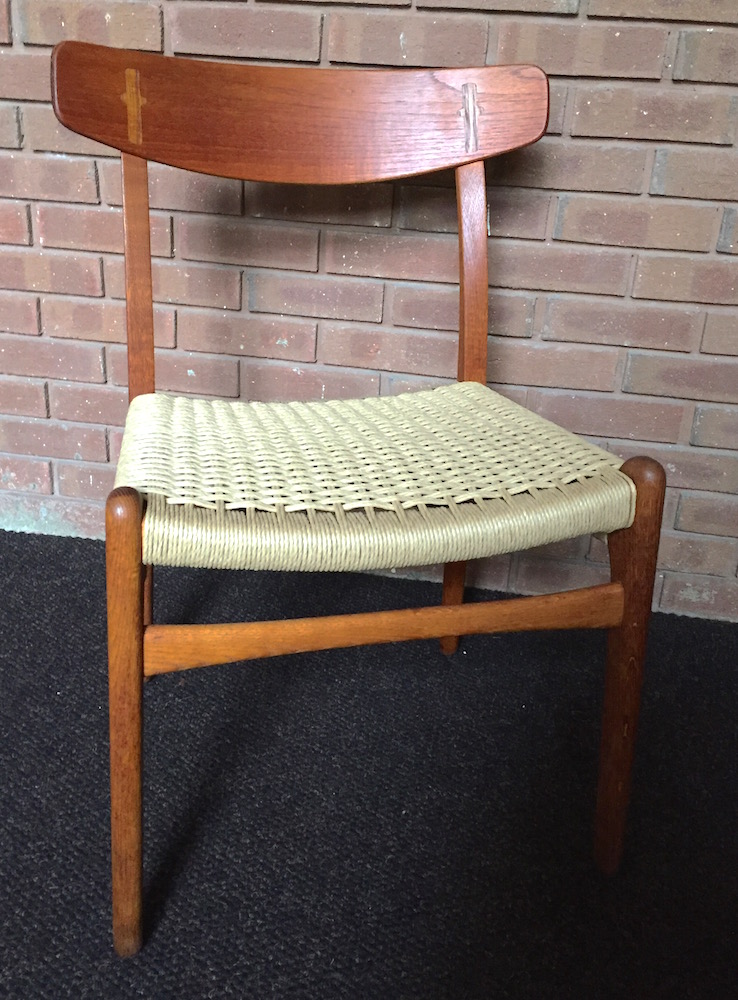 I wish I had room to photograph all five at once but I don’t, so you’ll have to take my word for it that all of them ended up the same deep, rich color!