Every once in awhile I see a Danish chair seat woven with fiber rush, or repairs done in fiber rush.   Are they they same thing? 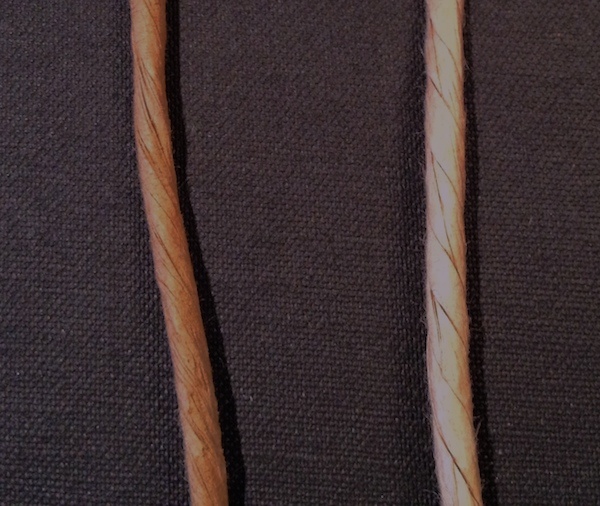 Both are made of twisted brown kraft paper, like the stuff paper bags are made of.  But fiber rush, which is a substitute for real rush (as in, bulrushes, which are the leaves of cattail plants) is one ply.  That means there’s only one strip of paper twisted to form the finished cord.  It’s the one on the left in the photo above.

Danish paper cord has three plies, or, rarely, two.  You can make them out in the photo above but that’s what’s called “unlaced”, which just means that it’s been rolled so that the plies are flattened together.   Unlaced cord is the one that’s easy to mistake for fiber rush.  It has the same smooth texture as fiber rush.  “Laced” paper cord has more definition to the plies.  It looks more like rope.

When you untwist the plies, the difference is striking. 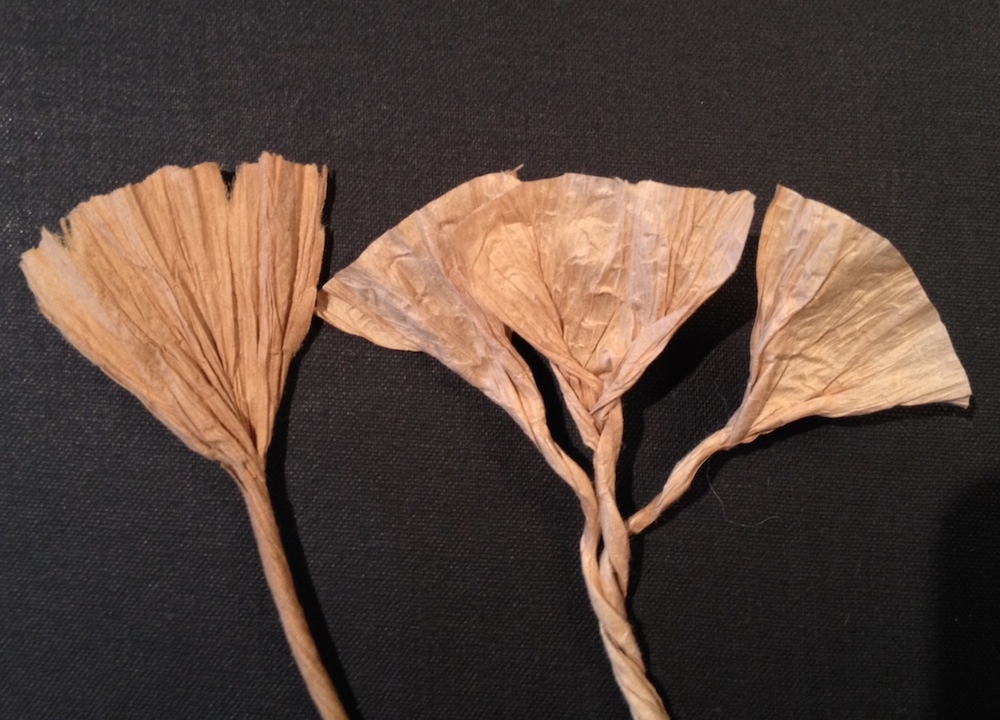 Even though the two are about the same diameter, you can see that the Danish paper cord has twice as much paper.  It’s also a better quality paper.  It has longer fibers that withstand a lot more wear than those in the fiber rush.