Special end-of-year blockbuster before & after issue!  Happy holidays, everyone!

These CH23 chairs by Danish designer Hans Wegner are some of the earliest made.  They were brought over from Denmark and have been in the owner’s family since the early 50s. 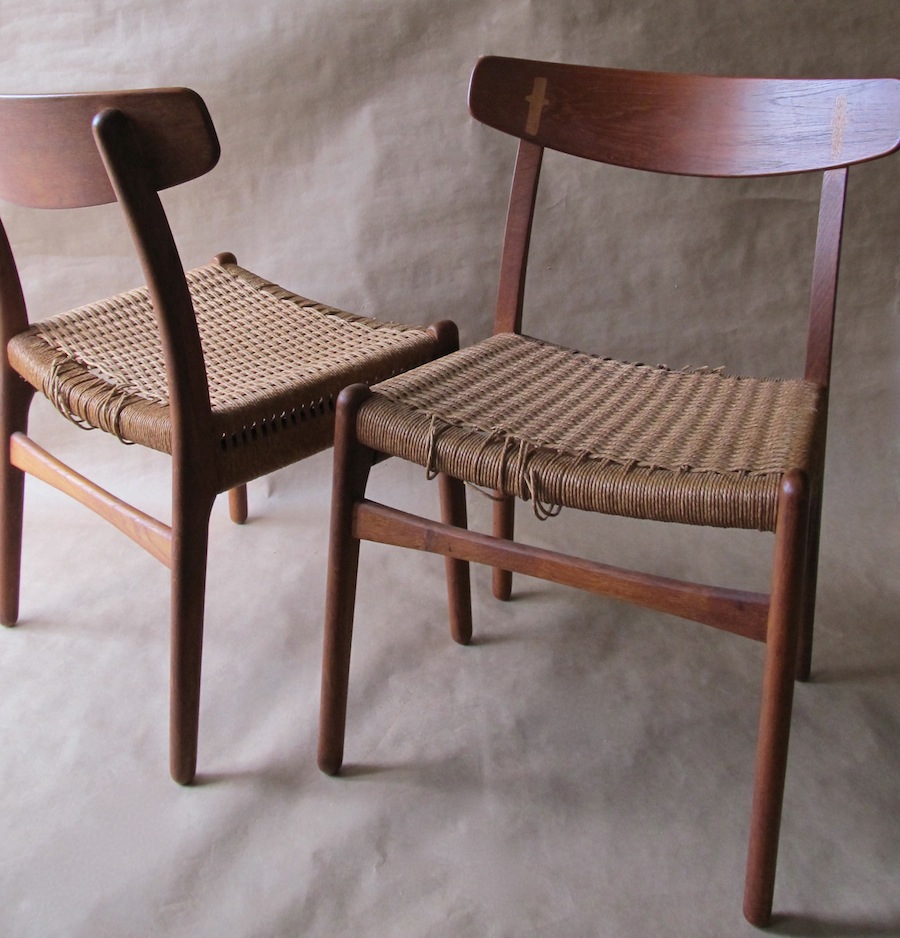 There were four in all.  As you can see, they needed a little work. 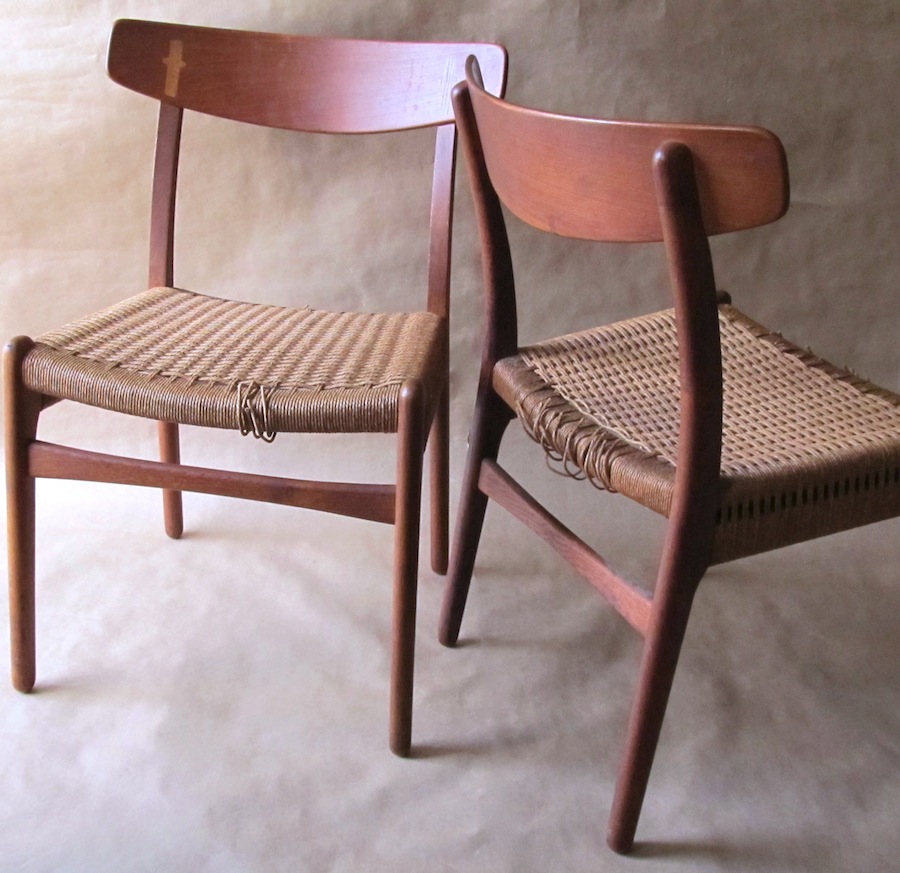 Not only were the paper cord seats shot, but the teak and oak frames were dark and dull with a lot of old stains. 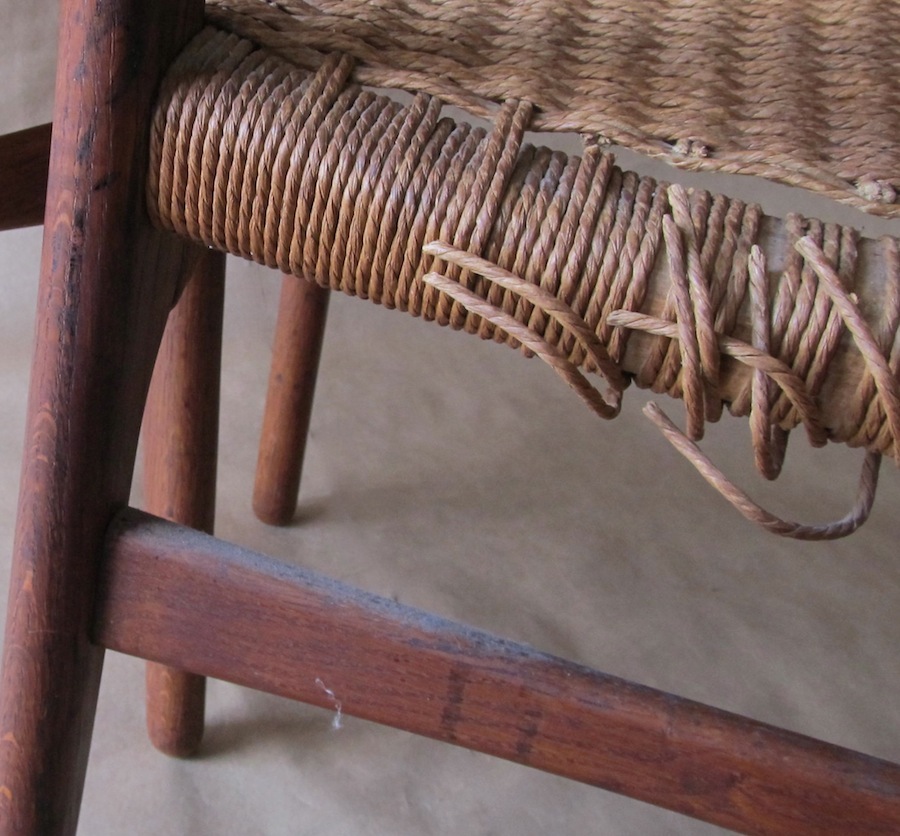 This photo shows the dullness better than any other.  (Somehow they ended up looking brighter in photos, I guess due to tricks of lighting.) 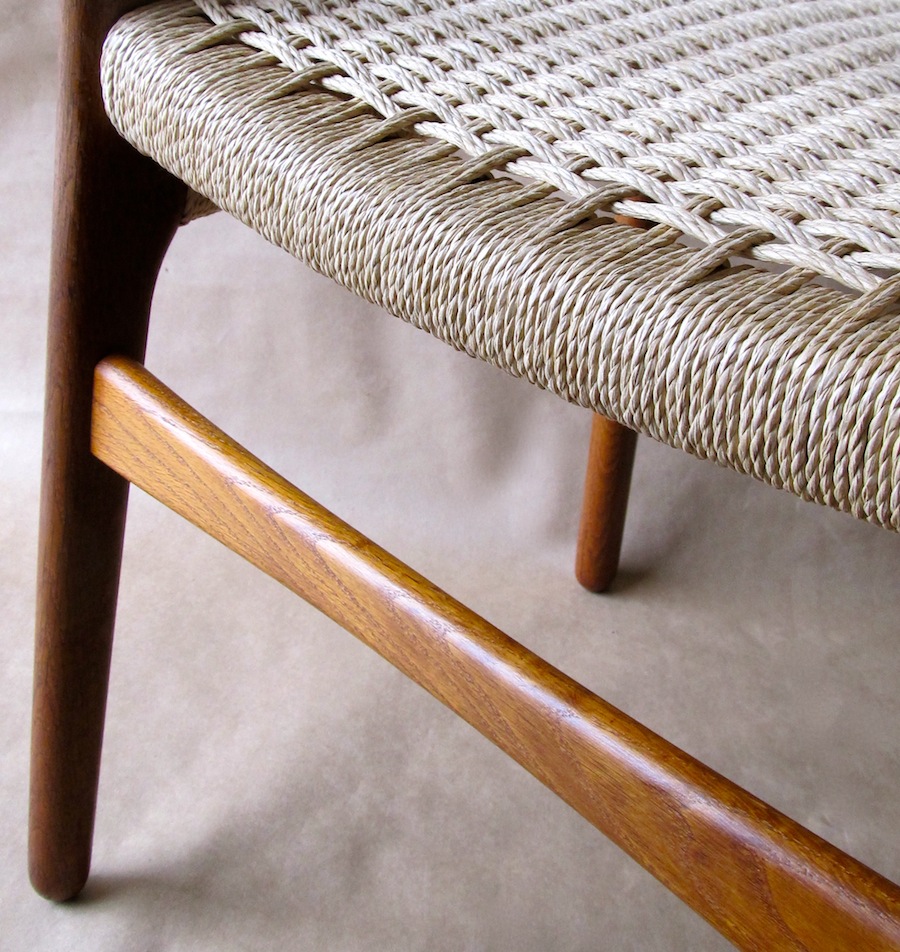 This is not the same chair as in the photo above, but they were all in the same shape.

Read on for how I got them to look like this. 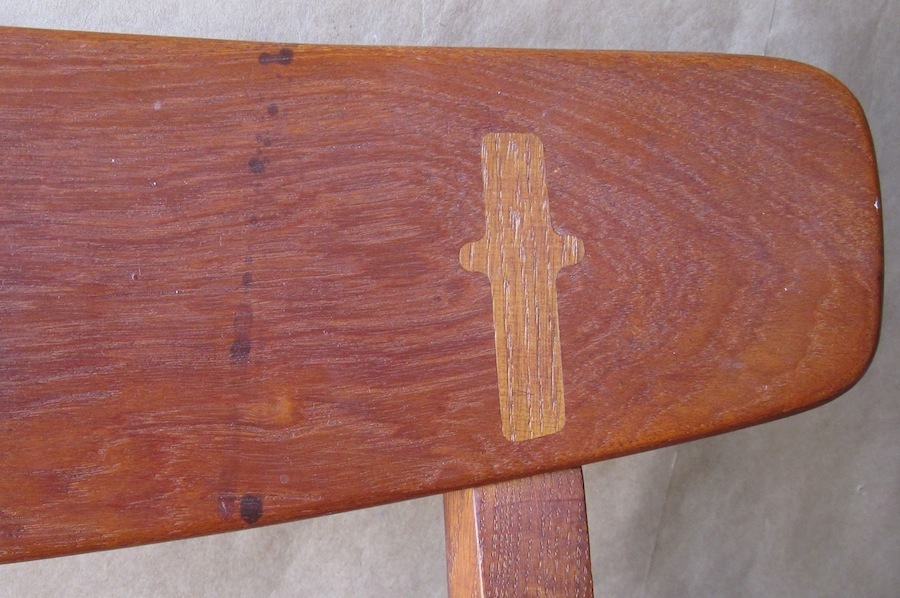 These black drips probably didn’t start that way.  They were probably some innocuous liquid that didn’t show so it didn’t get cleaned off, but after a few decades it gradually darkened the wood.  My best guess, anyway. 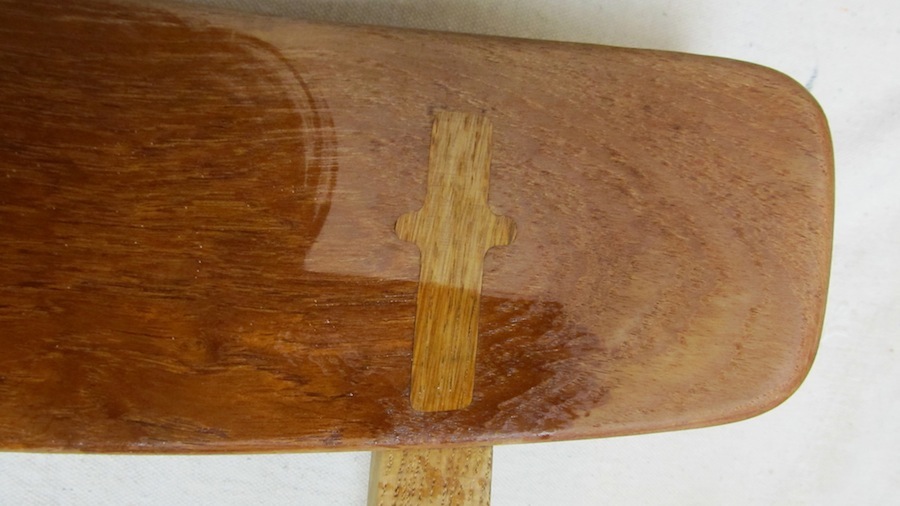 I gently cleaned the wood with full strength Murphy’s Oil Soap, which pretty much acts as a stripper so it shouldn’t be used unless absolutely necessary.  I wipe it on and wipe it off with very light buffing with #0000 super fine steel wool as needed.  The soap is rinsed off completely with water, immediately after which the wood is dried thoroughly with towels.  This does not raise the grain on teak, and it also didn’t have any effect on the grain of the oak in these chairs.   It does leave it looking dry, though—that’s what you see on the right.

The left side has already had an application of tung oil varnish, which I used on these to give them the luster of 60-year-old patina. 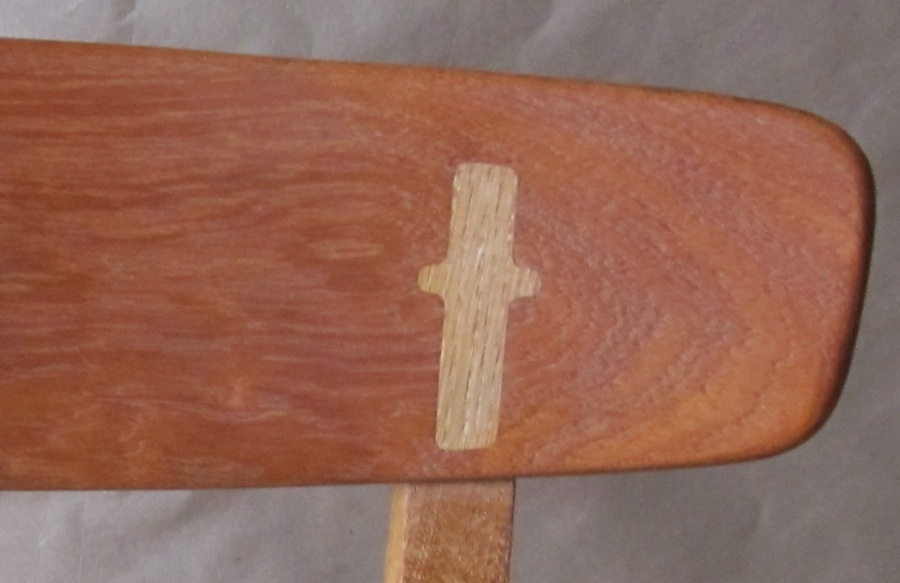 This isn’t a good photo but at least you can see that the black stains are completely gone. 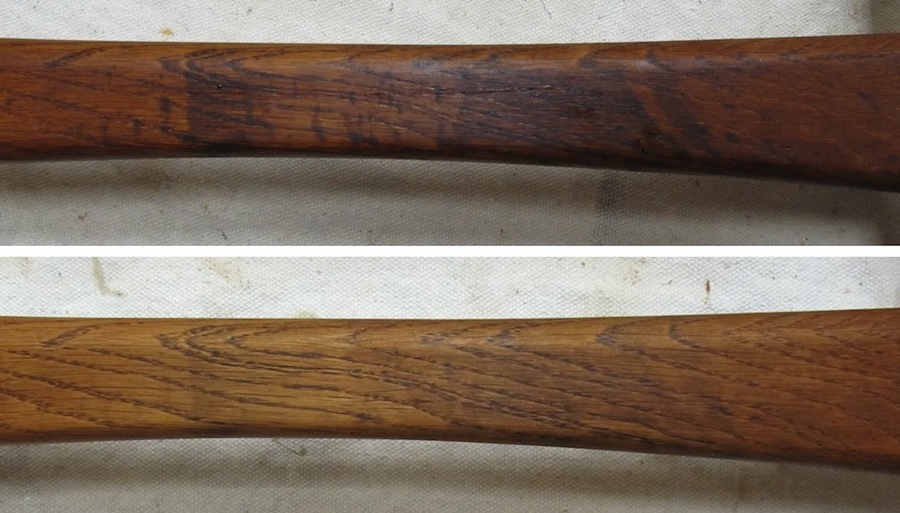 Another example of black stains—still a faint trace of them in the second photo but this was on the inside of the back rung of the chair so I left it. 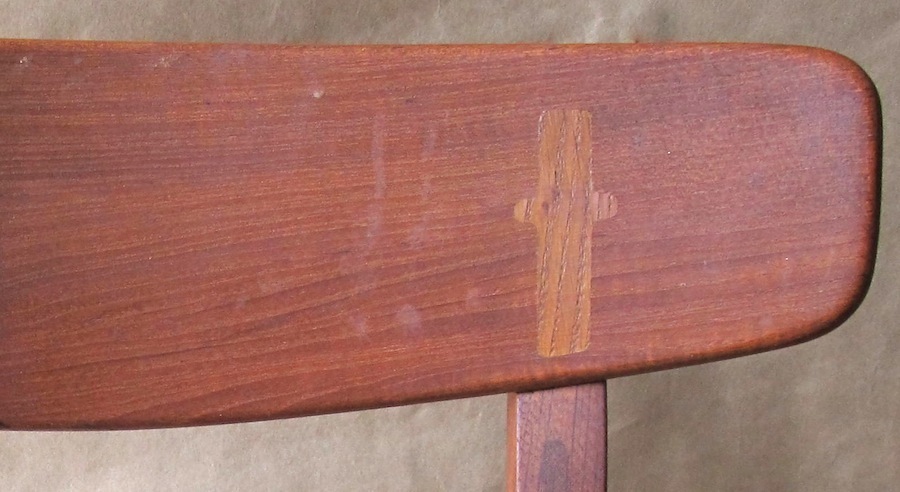 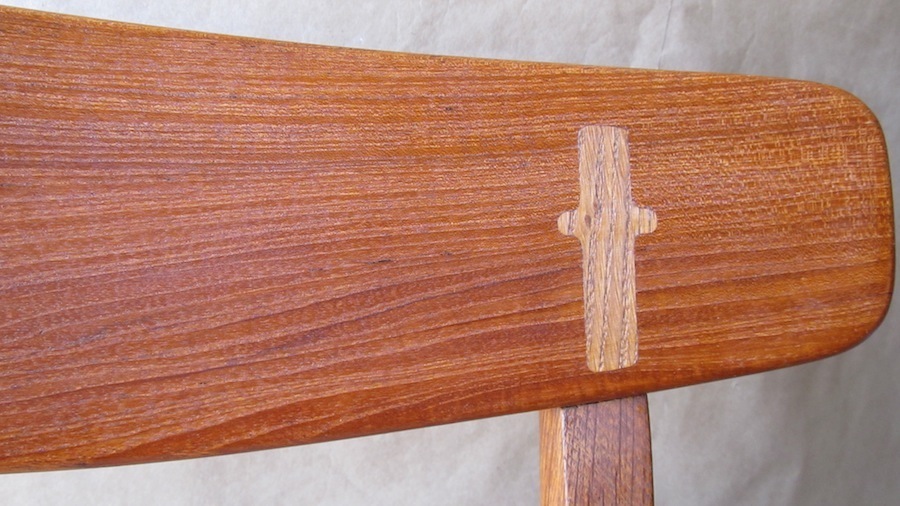 The cleaning and tung oil treatment reveals the beauty of the wood without removing the character that is acquired over decades of use. 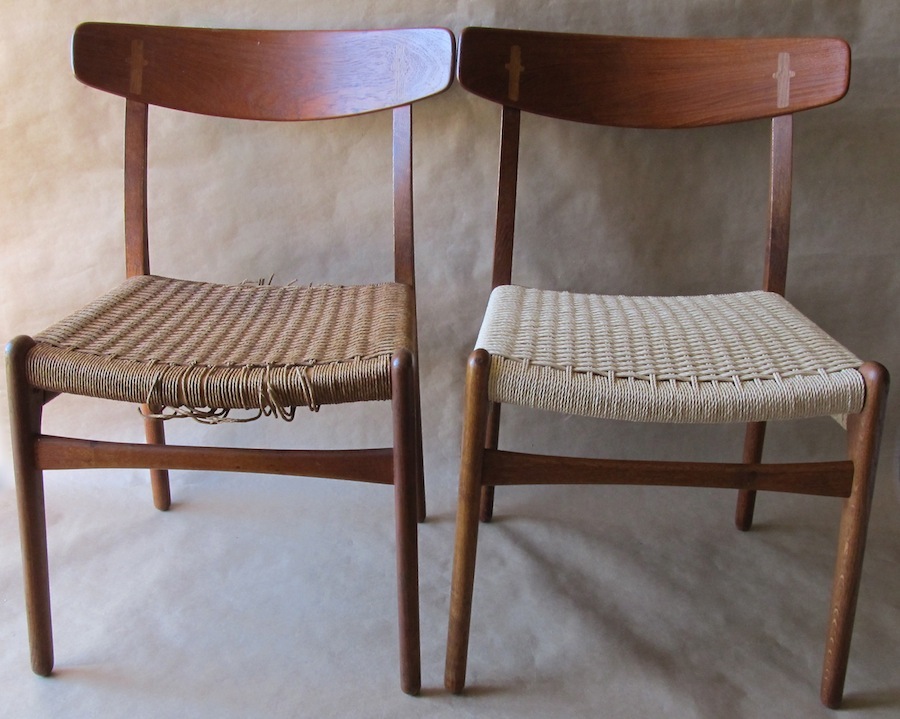 The first chair is completely done and one chair has not yet been started.  The seats look really different but in this photo the frames look pretty similar. 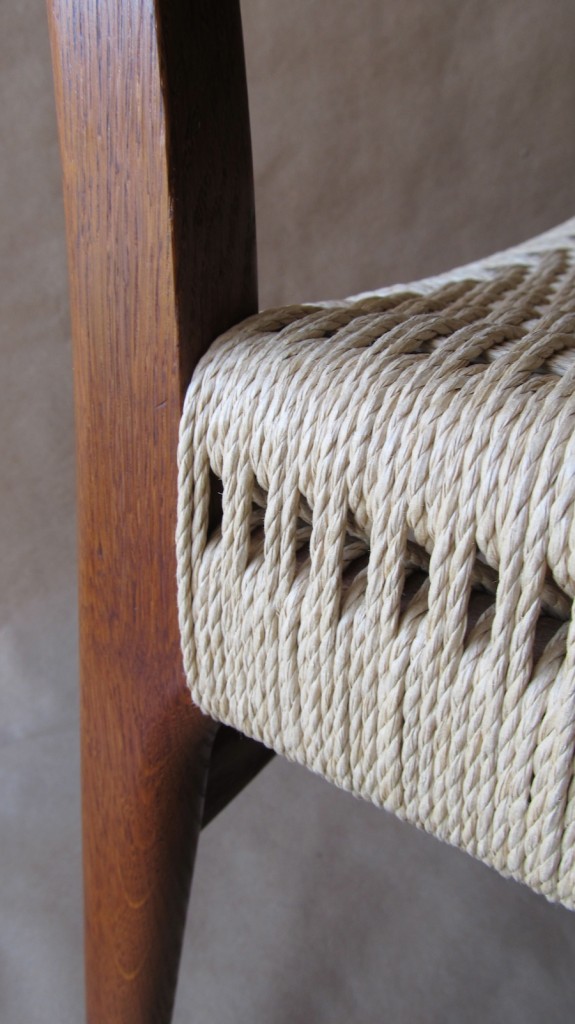 It would be nice if there was a way to give new paper cord the look of old, but I don’t know of any way to do that.  Age will impart the darker color and use will build patina. 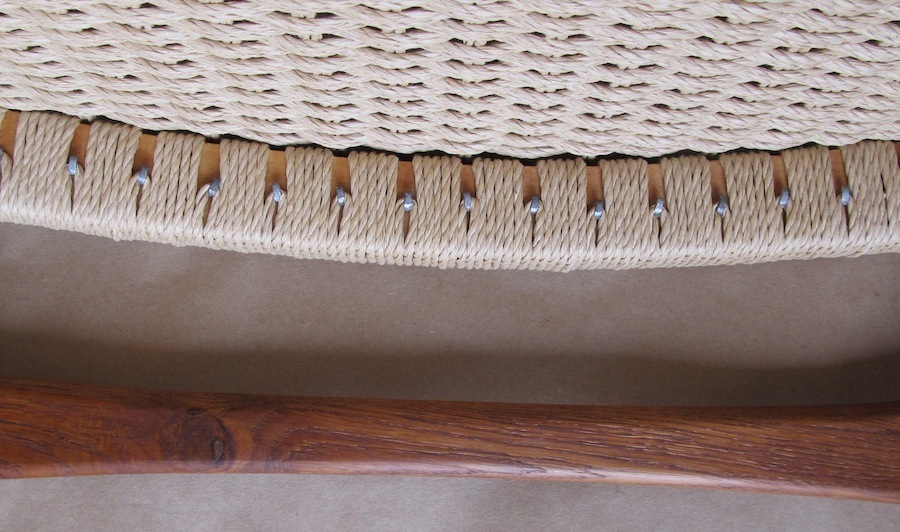 The inside of the front rail is just as pretty as the seat weaving.

Also, see that knot in the rung?  These chairs had quite a few little flaws in the wood like that.  I haven’t seen many newer CH23s, so I know know if they use a better grade of wood nowadays.  I wonder if they used lesser quality wood in the early days before Wegner was well-known. 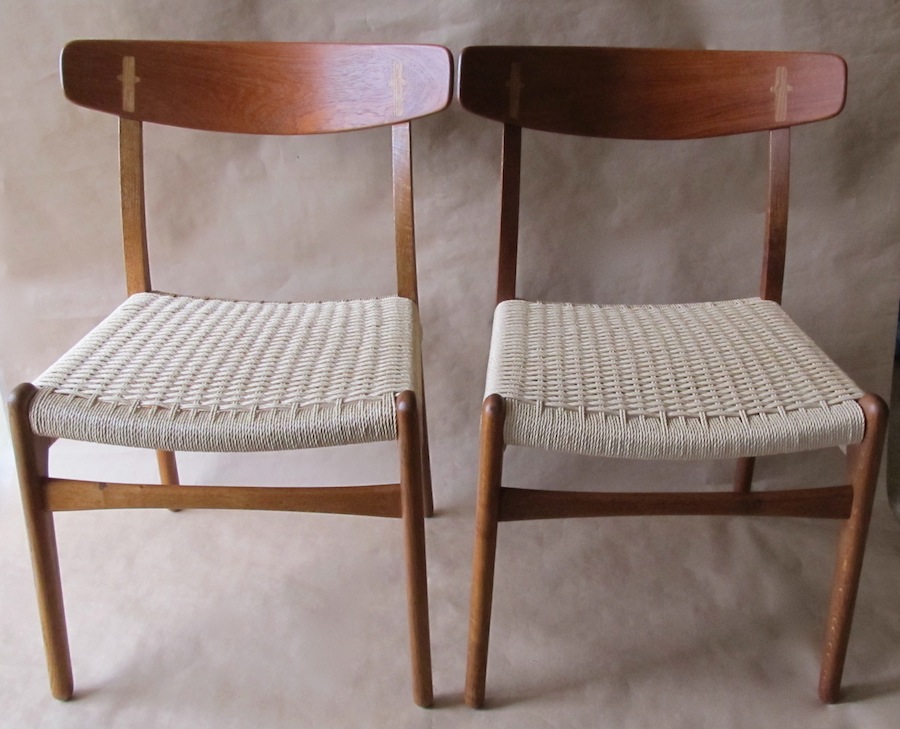 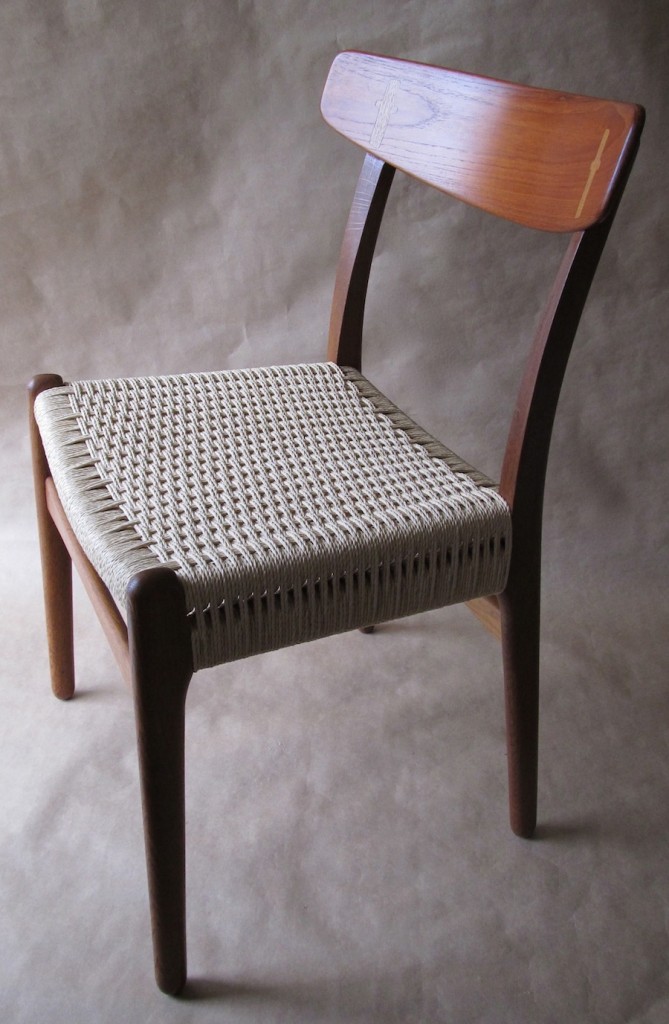 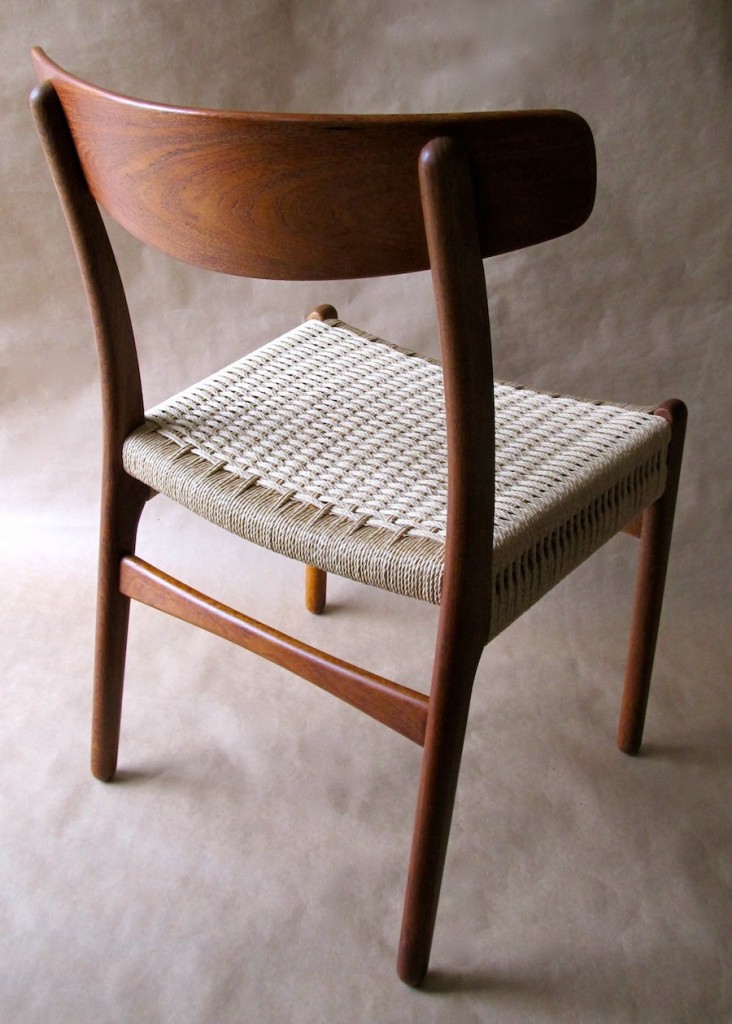 It was an honor and a pleasure to work on these chairs.