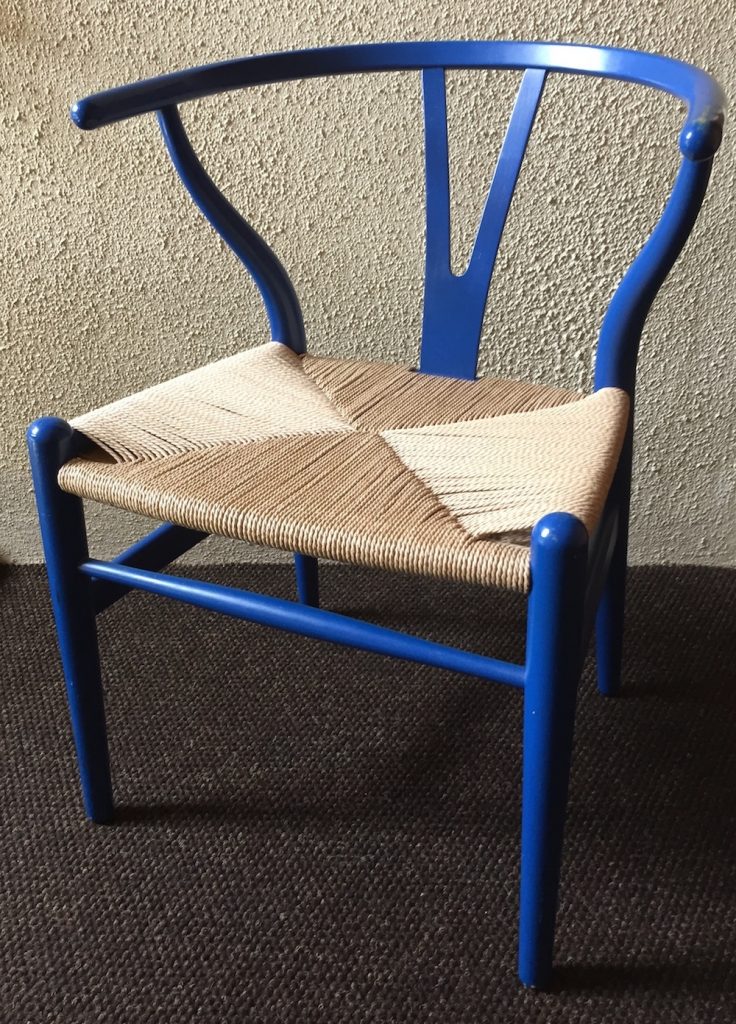 This is one of a group of eight or ten older Hans Wegner wishbones that I did over several years for one family.  I love this blue!  It’s so Danish. 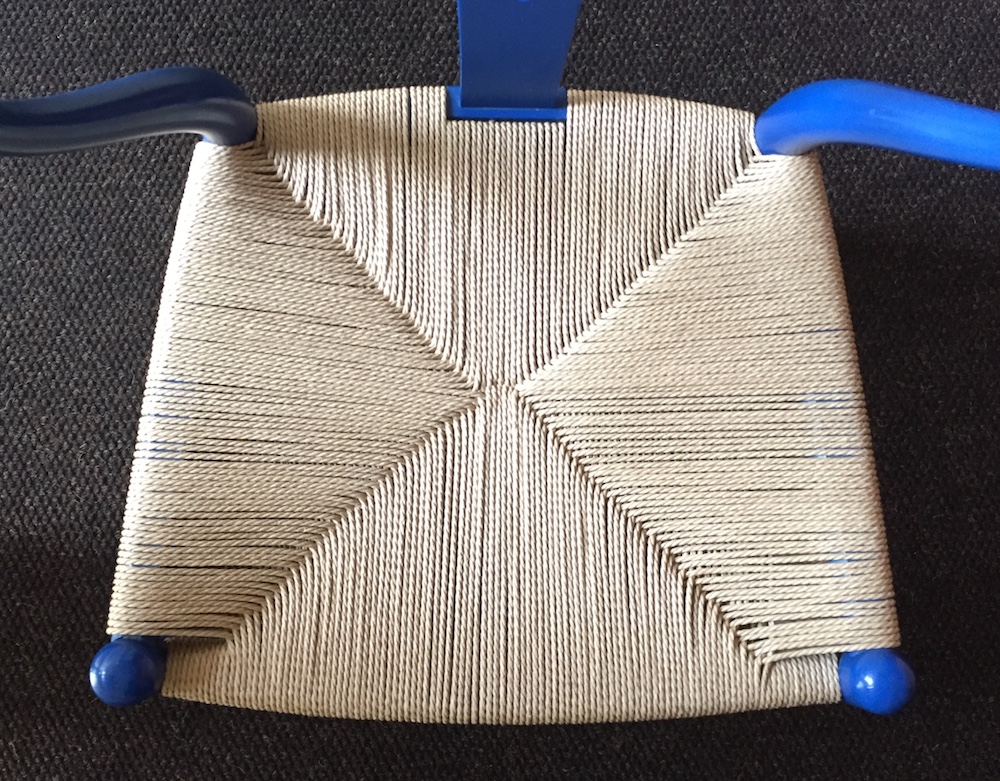 The new cord looks especially crisp with the blue. 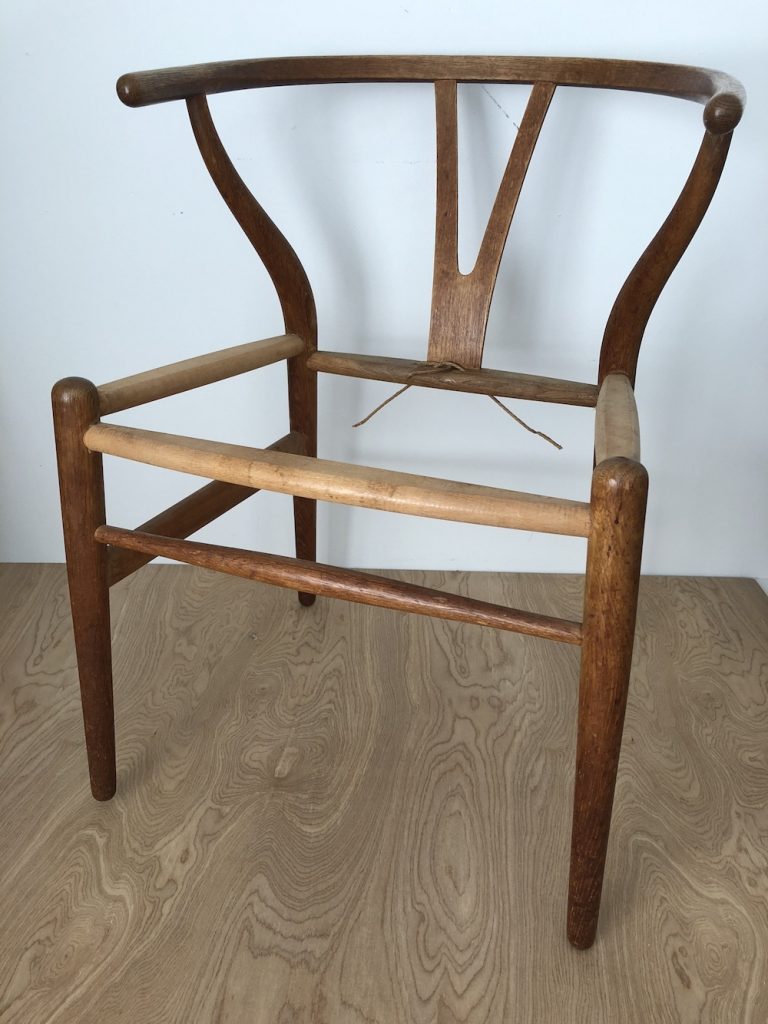 Most of the chairs were oak with an oil finish that had the usual issues that come with use and age:  water spots, a few food stains here and there—nothing serious, just stuff that needed to be cleaned up. 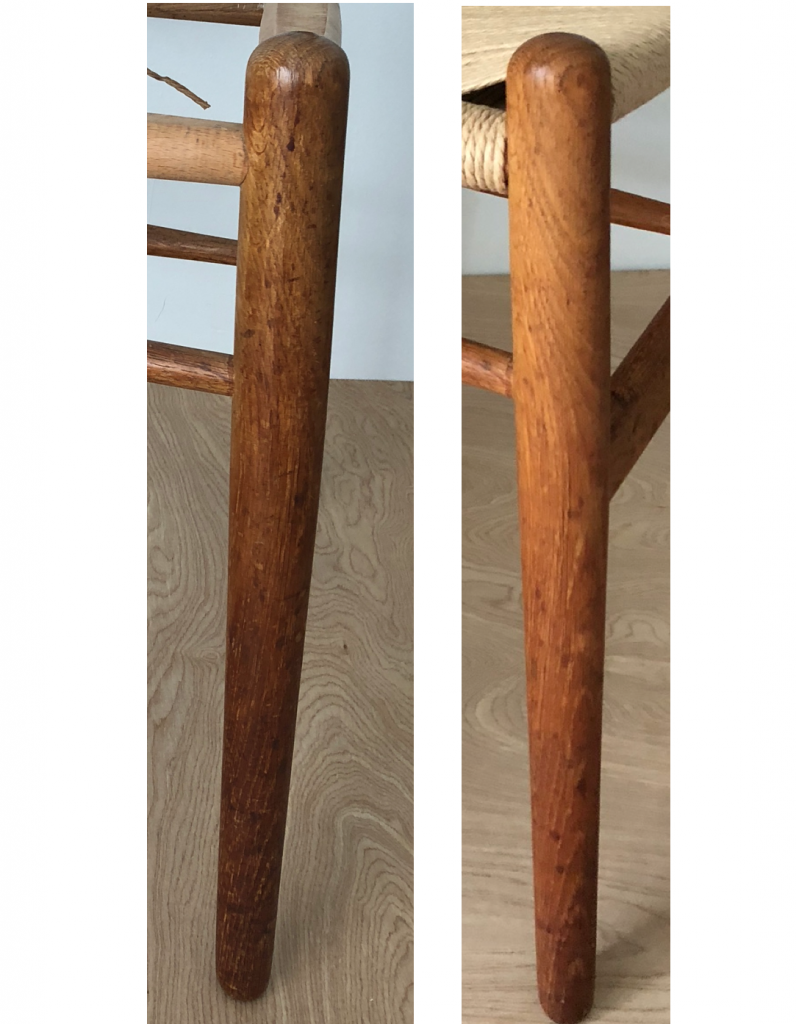 A once-over with #0000 steel wool and teak oil not only removes most minor stains but also brightens the wood a bit and shows off the grain better.

You can also remove most paint scuffs that happen when the chair is scraped against a wall or doorway–no need to resort to harsh Goof-Off and similar products. 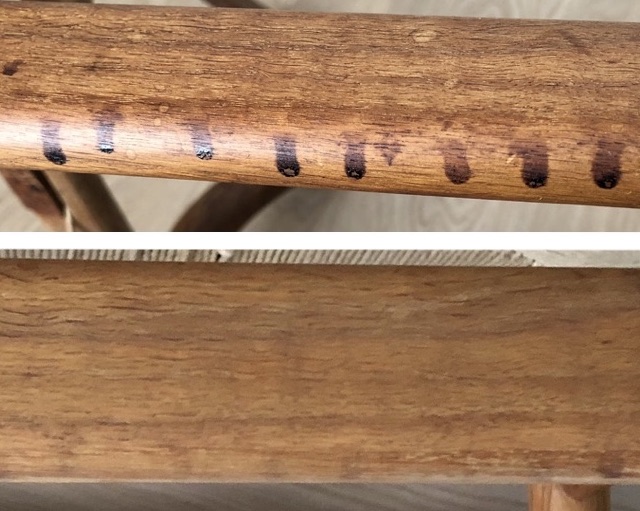 There’s a certain kind of stain that I see a lot, shown in the top half of this photo.  I suspect it’s from a drink that has sugar, probably nothing more than juice, wine or soda.  I imagine it’s easy to miss when it happens but eventually it turns dark like this.

The weird thing is that it doesn’t come off easily with the steel wool and oil—BUT if you just give it a few swipes with a damp rag it will dissolve immediately.  You will find it on the underside of chair rails like here. (That’s the same rail before and after treating with a damp rag, then steel wool/oil to remove residual marks.  You can still see the drips faintly but they’re on the underside of the rail so a few shadows aren’t a big deal.)

This entry was posted in Uncategorized. Bookmark the permalink.