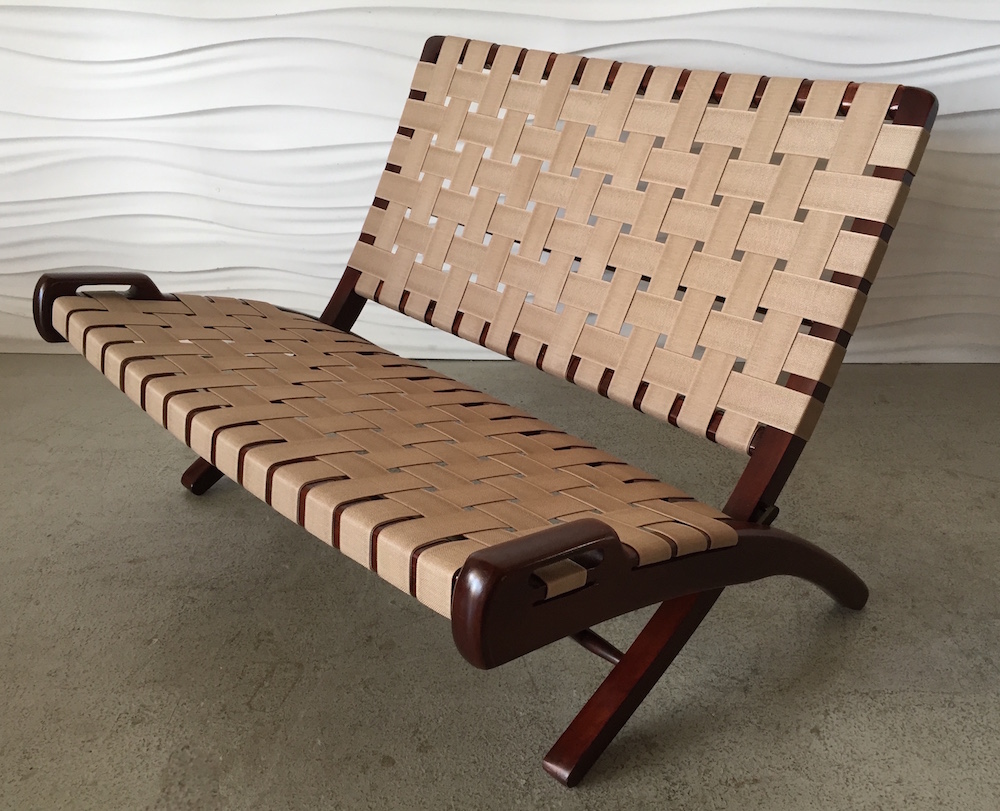 Awhile back I wove this new seat and back for this rare folding settee in the Hans Wegner style that is so popular.  I’d never seen a settee version before, only the chair in a few variations.  This was made in Yugoslavia. 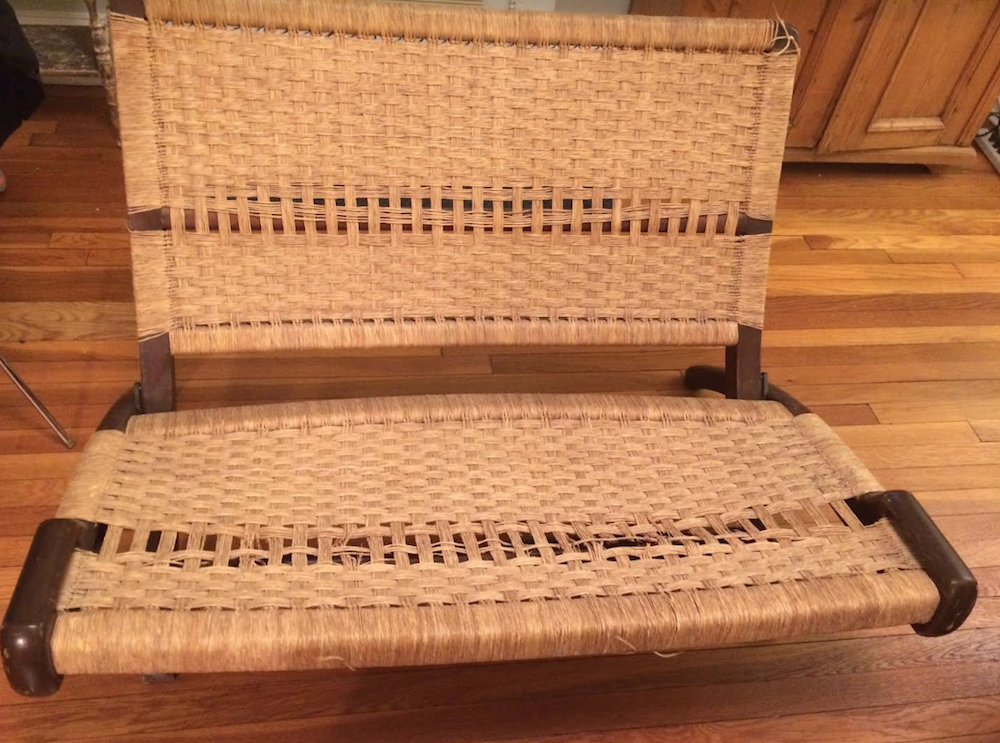 Originally it had the usual woven cord seat but this one was the material that is similar to seagrass but not quite seagrass.  It also had a finer texture than the more commonly used cords and was frayed and broken in many places though it doesn’t look so bad in this photo.

You also can’t really tell from this photo how much heavier the settee frame is than the chair frames.  It’s much beefier and the fine weave didn’t really suit it. 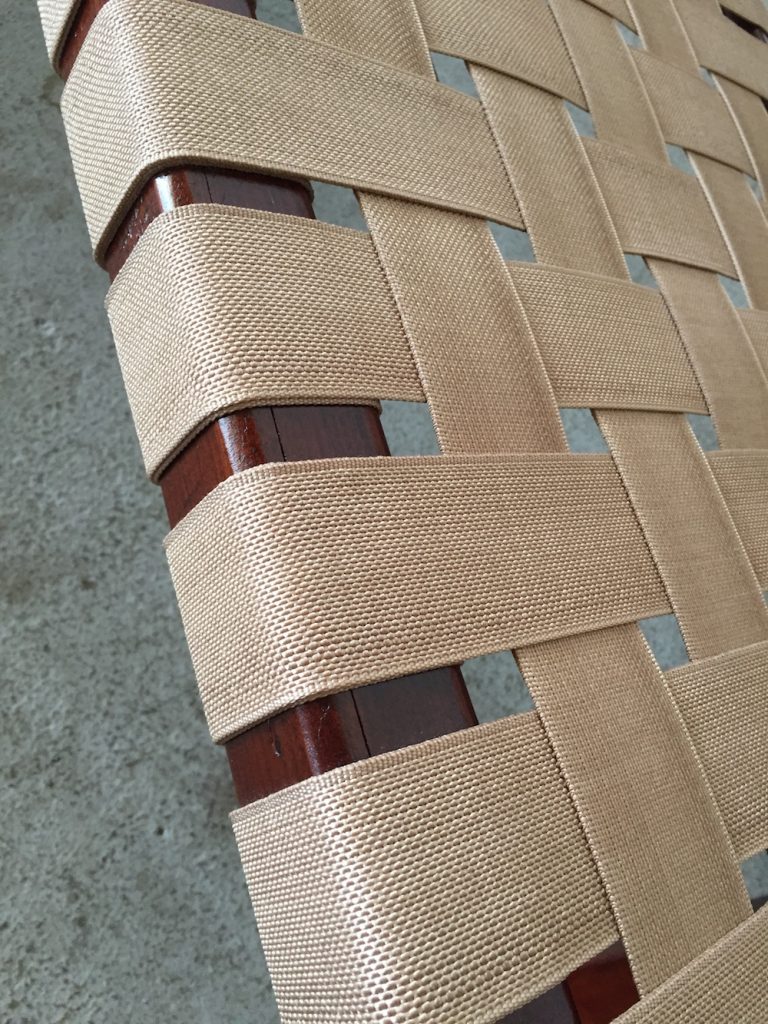 The owner decided on this 2″ wide webbing.  It looks like linen but it’s actually polypropylene.  She also had the frame refinished. 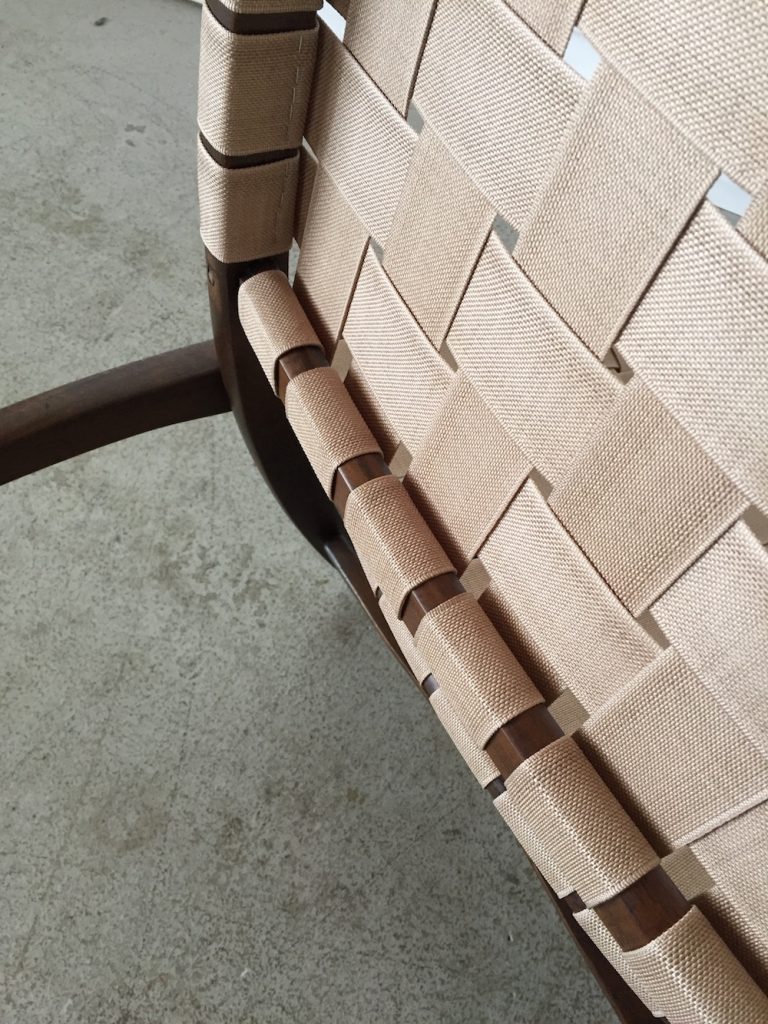 There’s no way to keep the staples from showing on one end of each strap on the back.  I like the bottom rail to look good because that’s where your gaze is most likely to fall, so I stapled the strap then wrapped it around once so that the stapled end was covered. 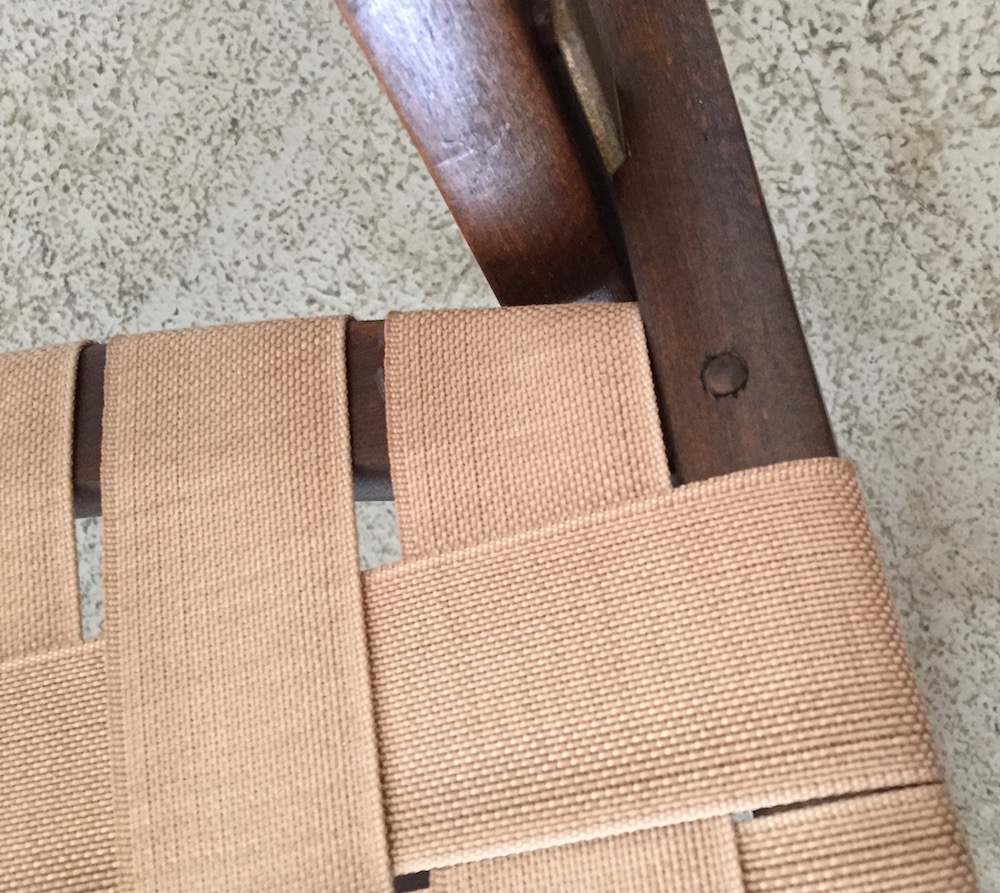 The joinery on these Yugoslavian folding chairs and other things is not the best workmanship and I was worried about the seat joints working loose over time as is usually what happens.   I put a peg through the tenons to secure the joints.  It had to go through the top on the back corners because there no access from any other direction. 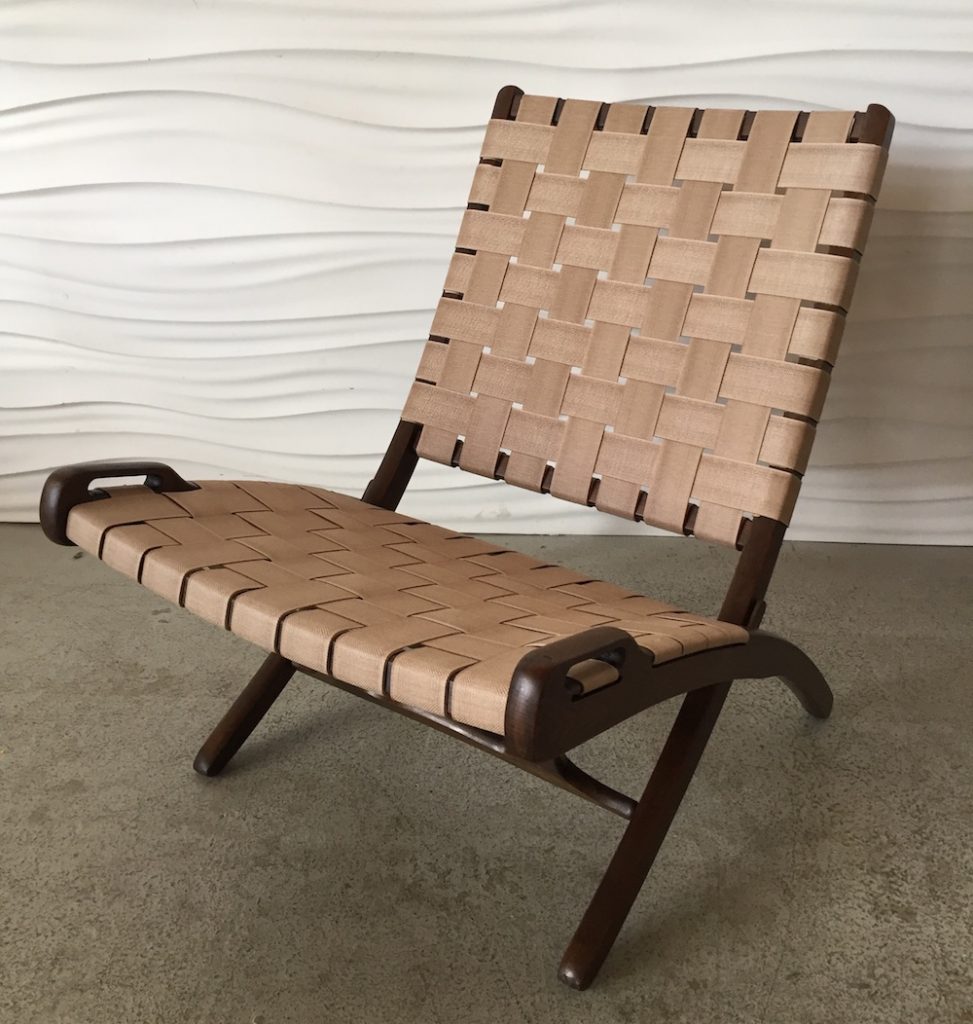 She also had this Yugoslavian folding chair done at the same time.  They make a nice set!

Special thanks to Home Anthology for letting me snap photos in their shop.