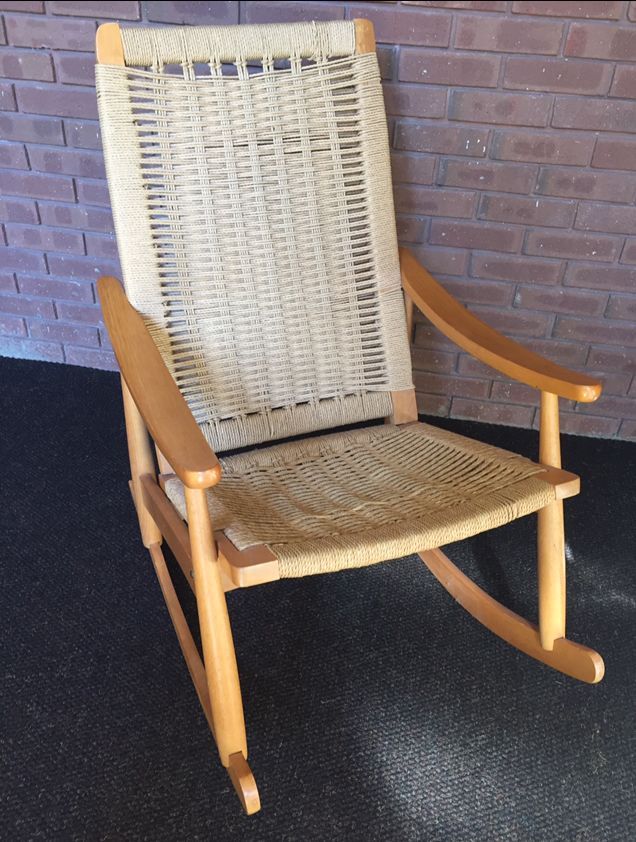 I don’t usually get so many Yugoslavian chairs at once to reweave and this second rocker so soon after the last one kind of got me thinking about other approaches.  I know that these are often compared to Hans Wegner’s rocking chairs but they’re really not very similar.  I guess it’s just all the paper cord weaving on them that people focus on.

The weaving on this one wasn’t in as poor condition as many, but like most, it was loose and sagging.  They were done this way originally, I think.

I had an idea for something completely different. 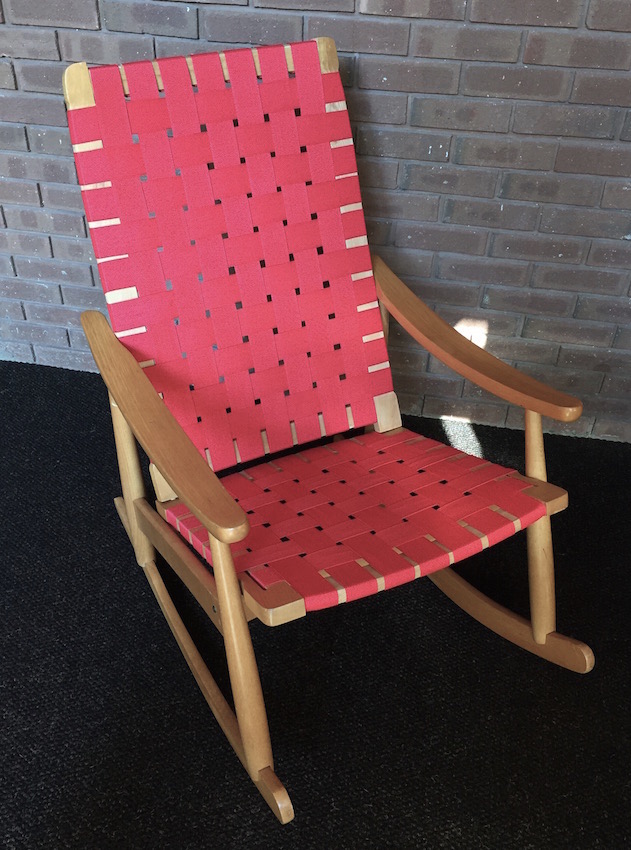 This is 2″ wide polypropylene webbing, very similar to the nylon webbing of Jens Risom chairs.  I really like it with the beech frame!

And, it’s just stapled on and is completely reversible.  No alterations were made to the frame, other than sanding and finishing the parts that were covered with cord (originally unfinished and rough cut, since they didn’t show at all).  If someone, someday, wants to redo it in paper cord, it can easily be done. 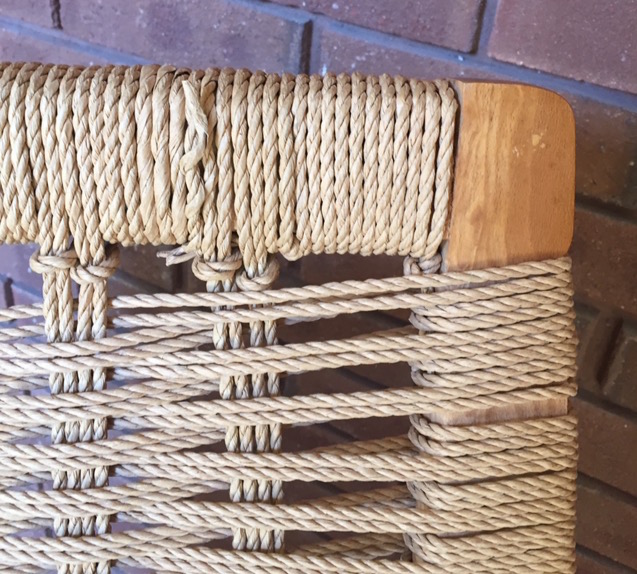 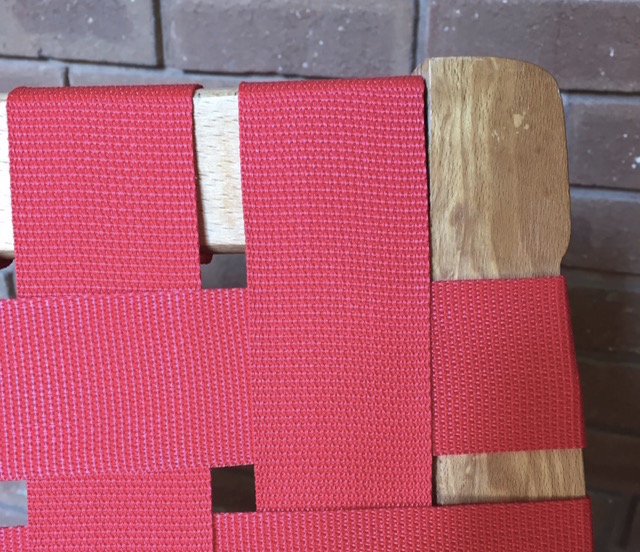 One of the things that’s nice about this chair is that it has that mid-century modern look but with a greater seat height than many, making it a good choice for people who have a hard time getting out of low chairs.  The arms and high back make it perfect for feeding and rocking babies, too! 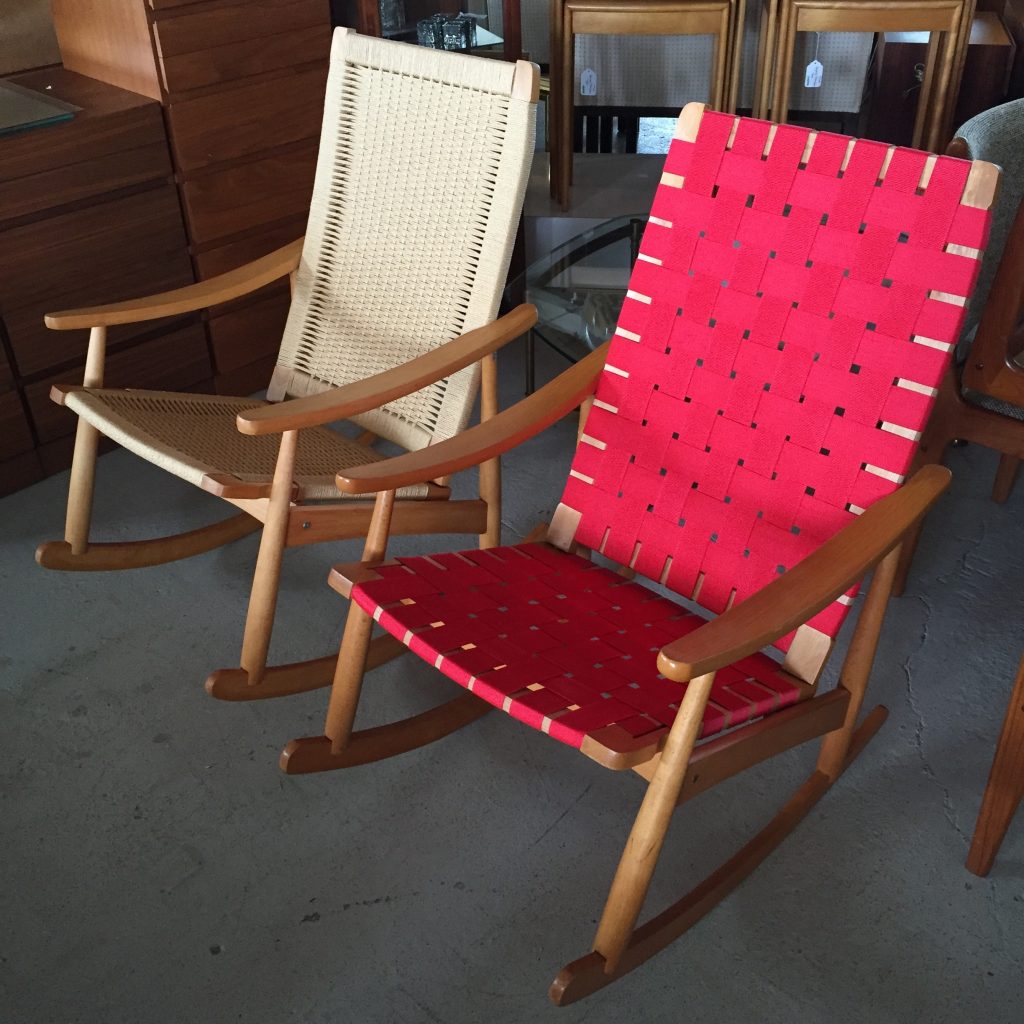 2 Responses to breaking with tradition