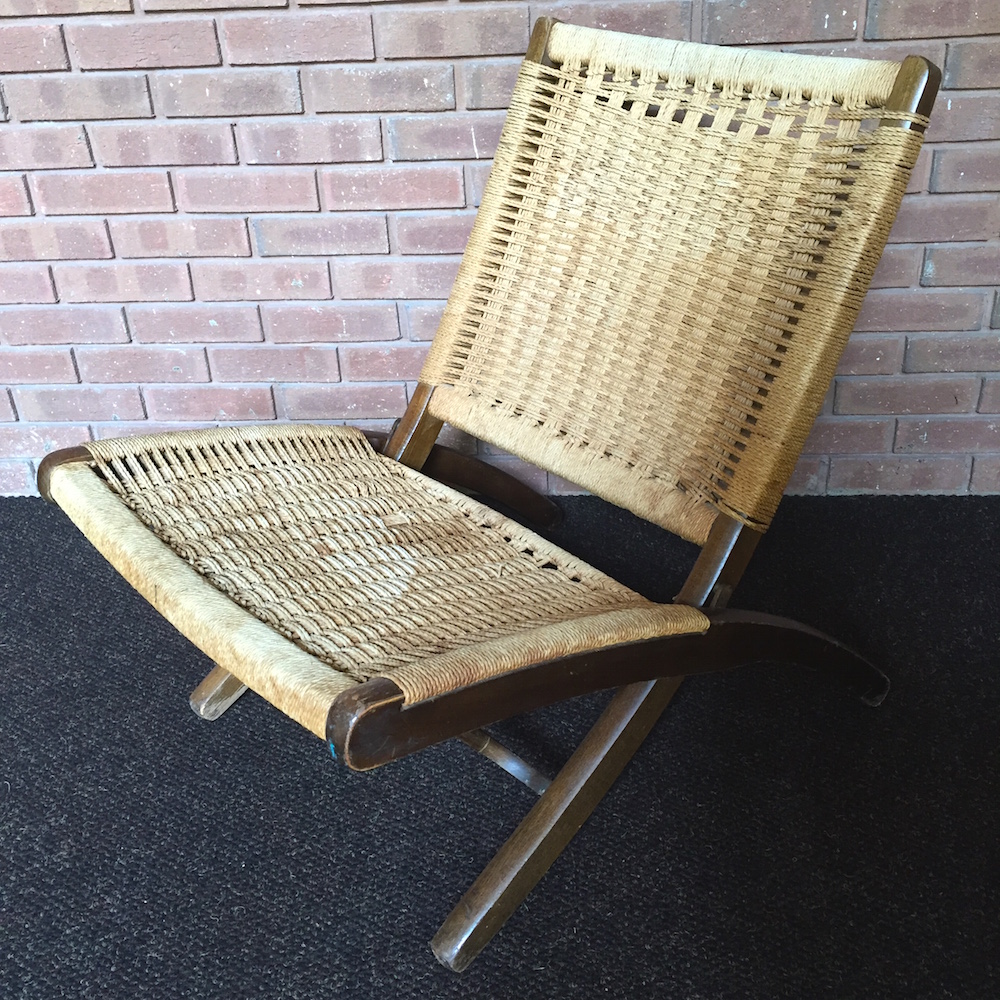 I got this poor old thing awhile ago and kept putting off work on it because the frame needed refinishing.  It’s beech with a stain and then clear lacquer on top—it’s supposed to look like walnut but of course once the finish gets a little worn it is obvious that it’s not.

I chose to strip the lacquer and ebonize the chair with India ink, a process I’ve done on a number of other chairs.  I think it looks especially good on these chairs and any dings can be easily touched up with a dab of ink! 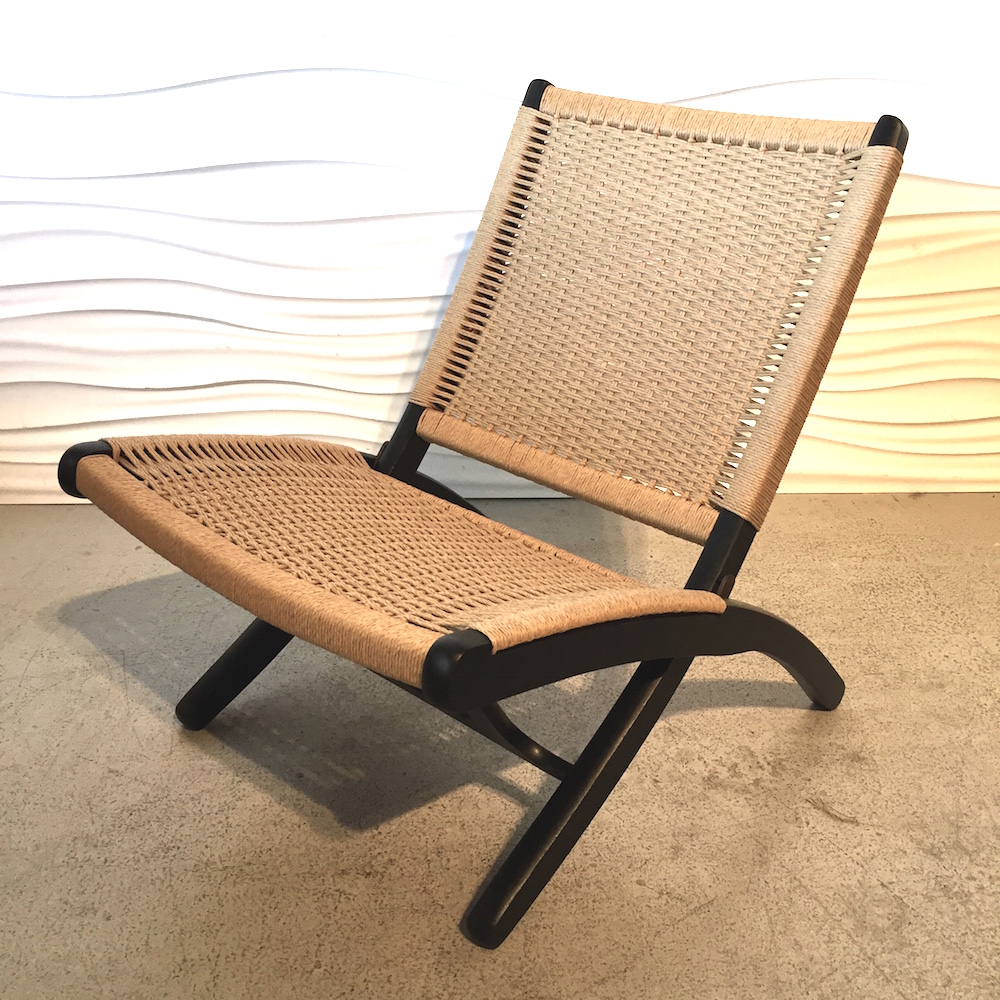 There are at least several different versions of these chairs, which were mostly made in Yugoslavia but you will see some marked Italy and Japan; they were inspired by Hans Wegner’s folding lounge chair.  You might see one once in awhile being described as a Wegner original but that would be an incorrect attribution.

I like this version without the handles on the sides.  It looks so much more sleek. 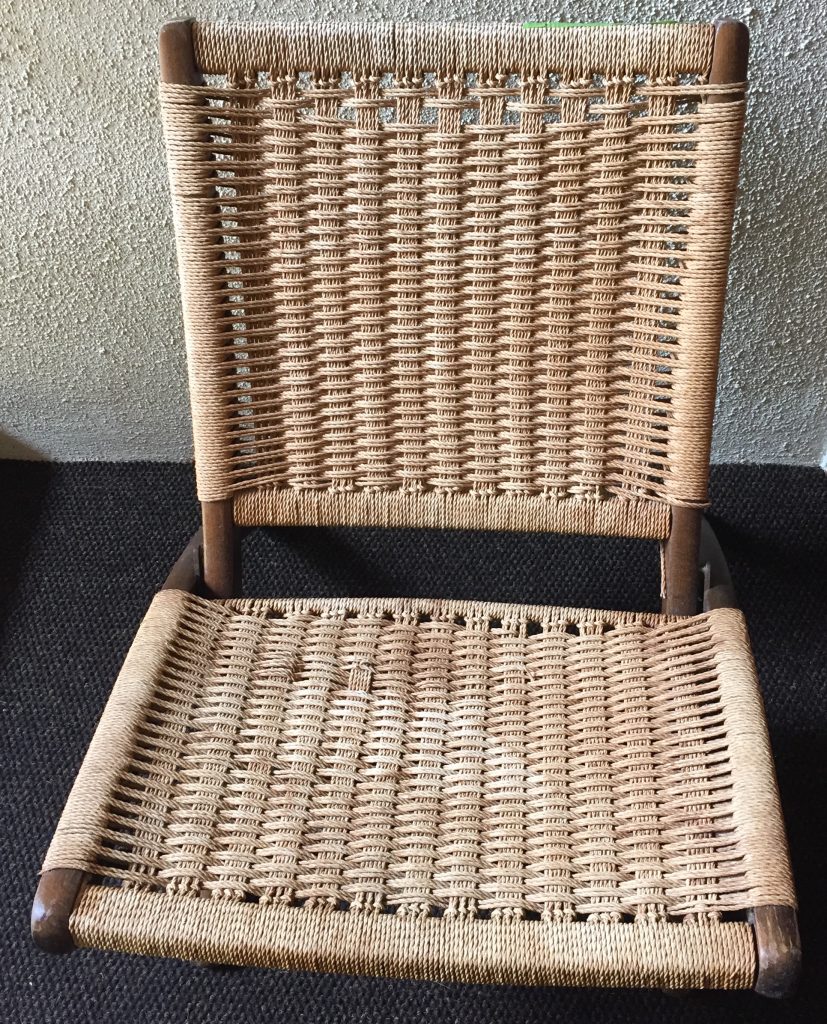 The paper cord didn’t have a lot of broken strands but it looked pretty awful nonetheless. 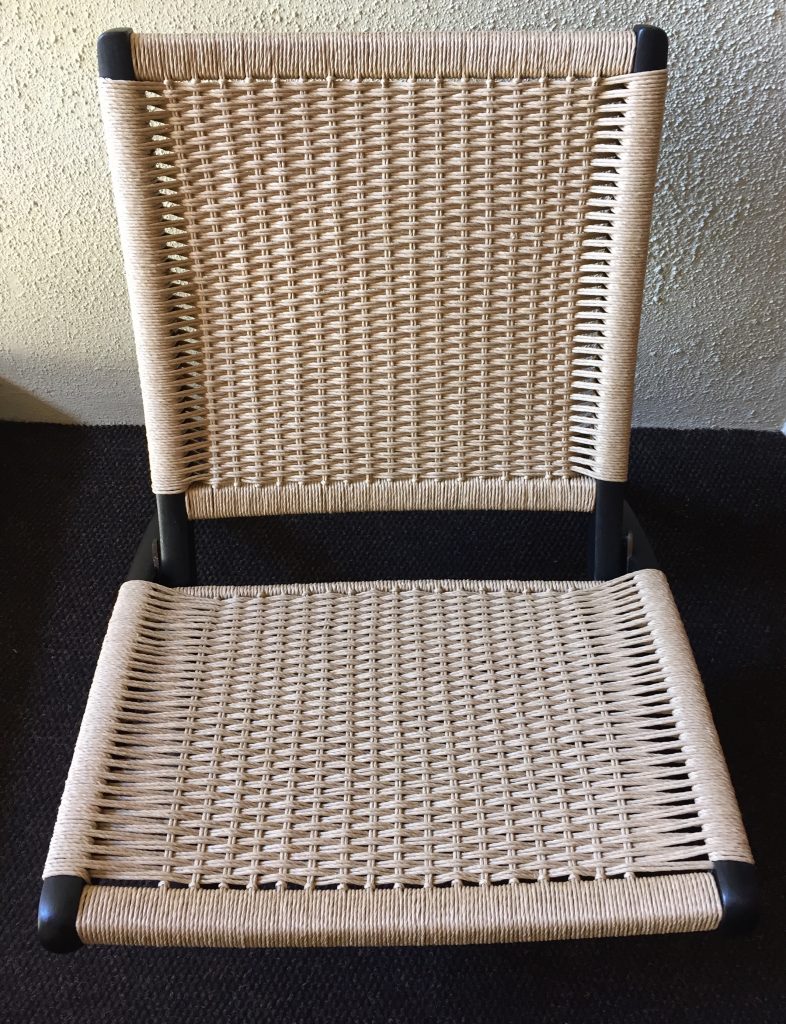 I also like that the seat is solid weaving—no gap towards the front the way more are done. 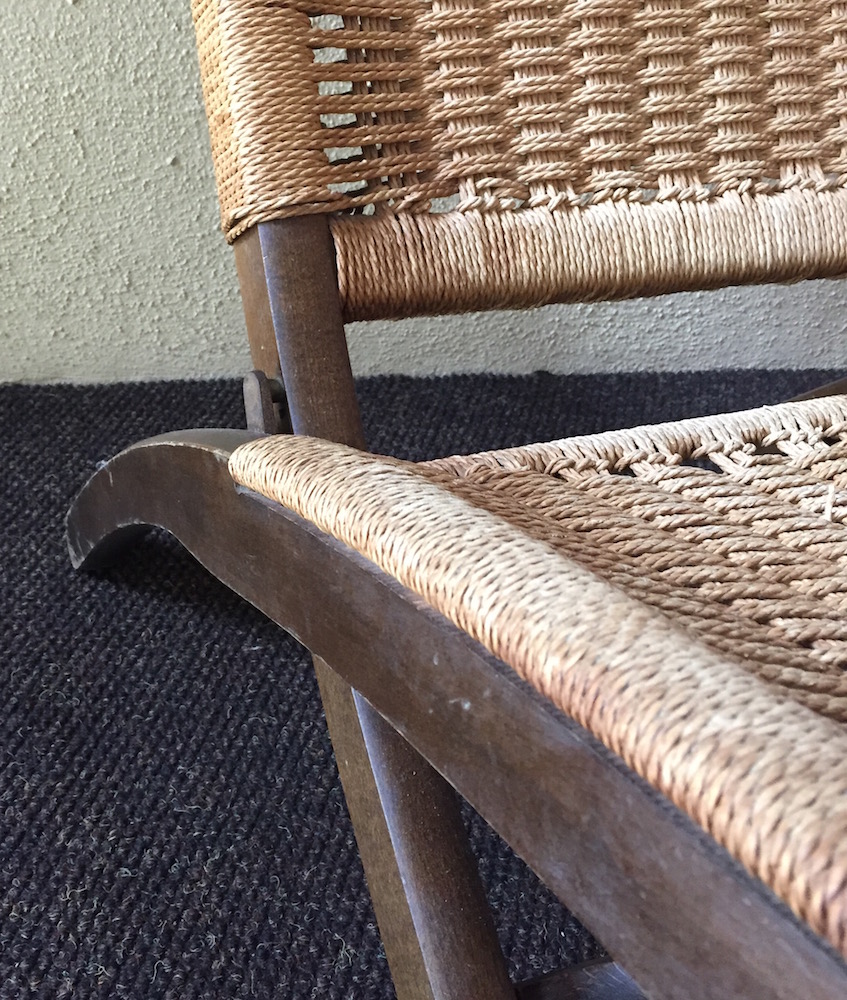 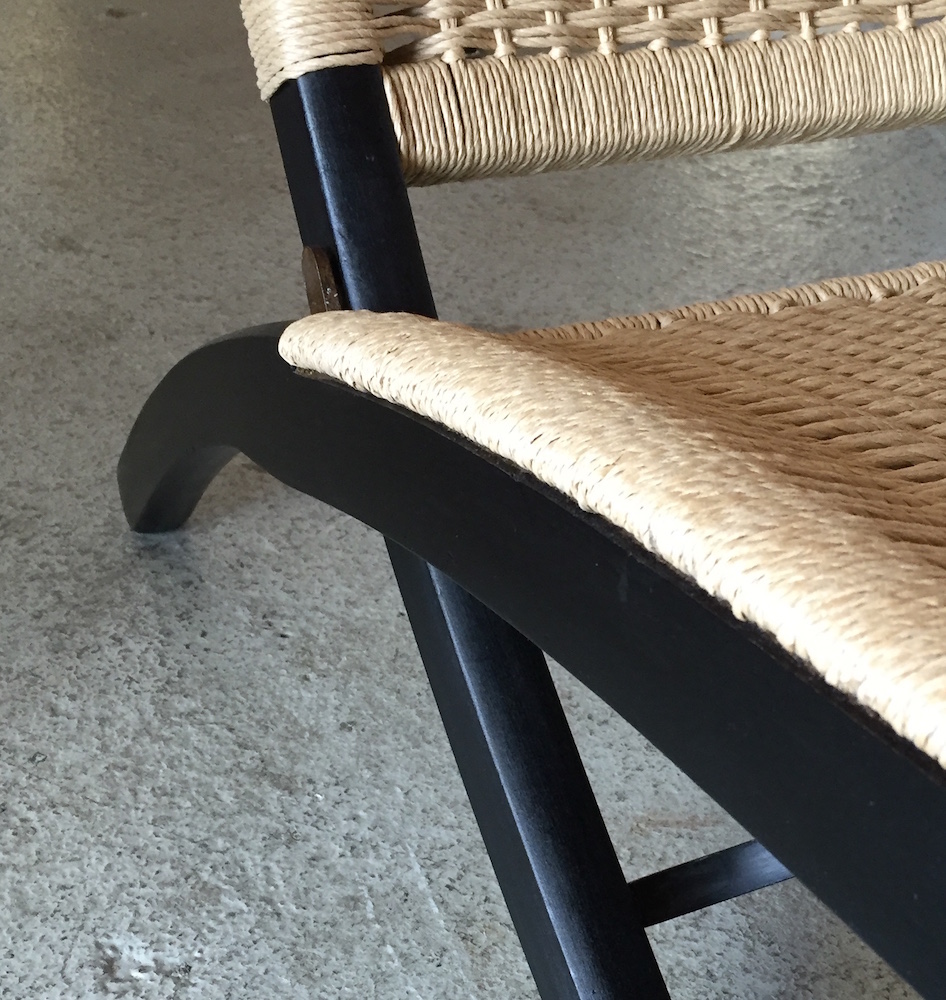 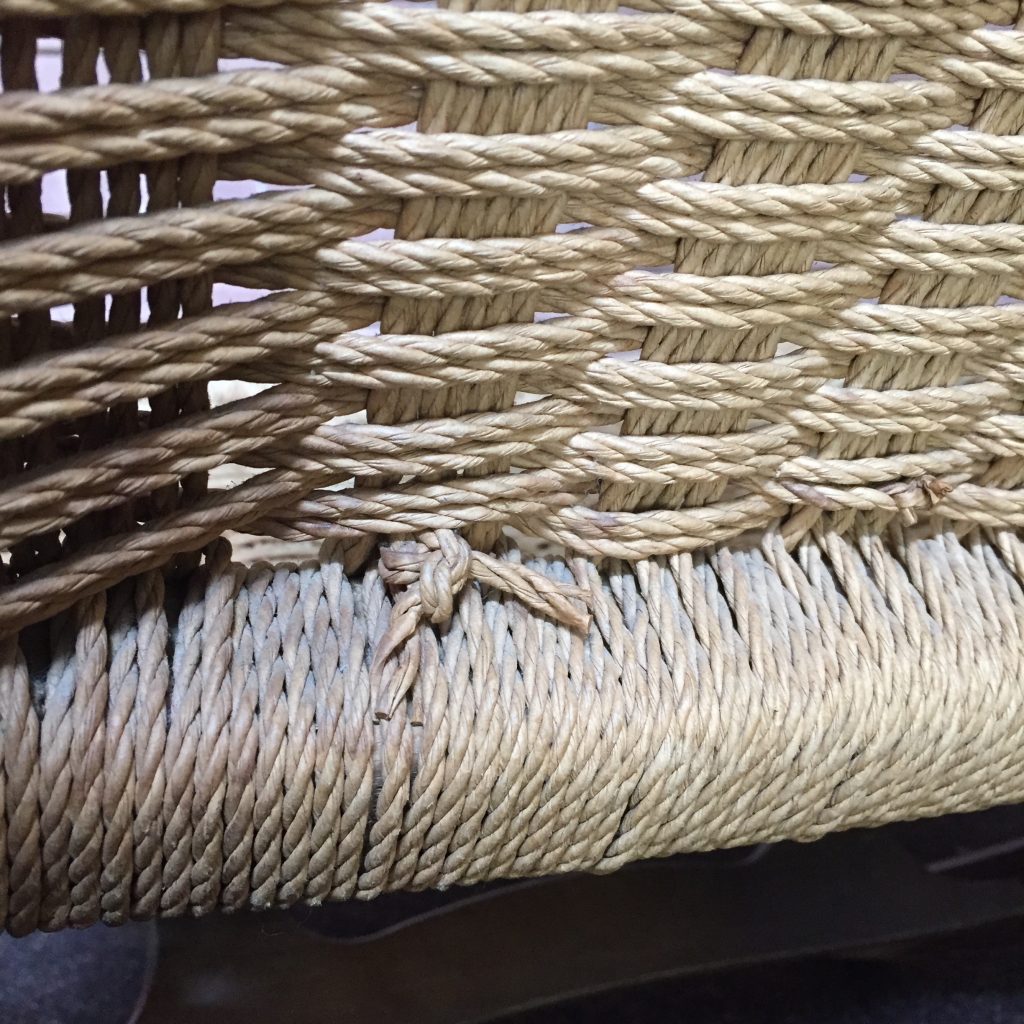 These chairs often have a lot of visible knots.  This was the only visible one on this chair, at the lower outside back. 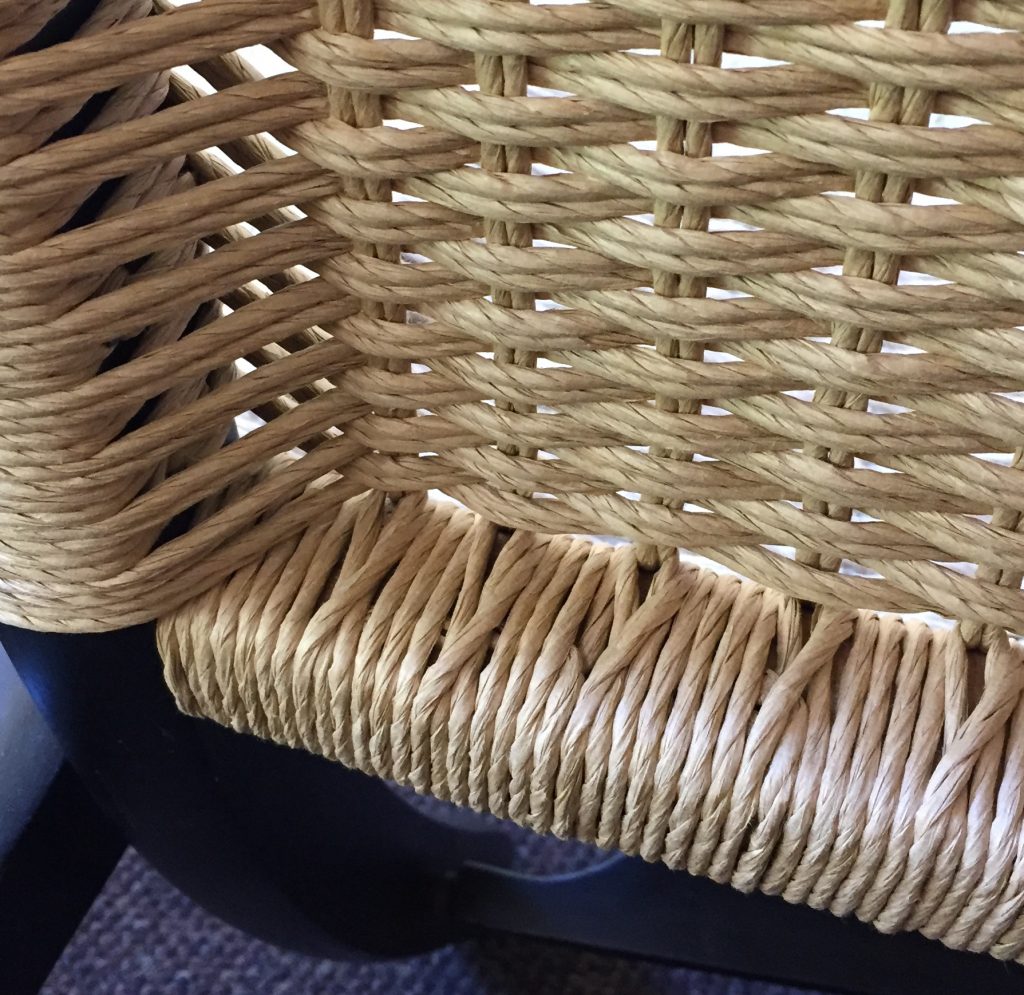 It takes a little more work—mostly math and measuring—to weave it without knots, but it can be done.   There are two cord joins in the lower rail above.

14 Responses to Another Yugoslavian folding chair gets new life